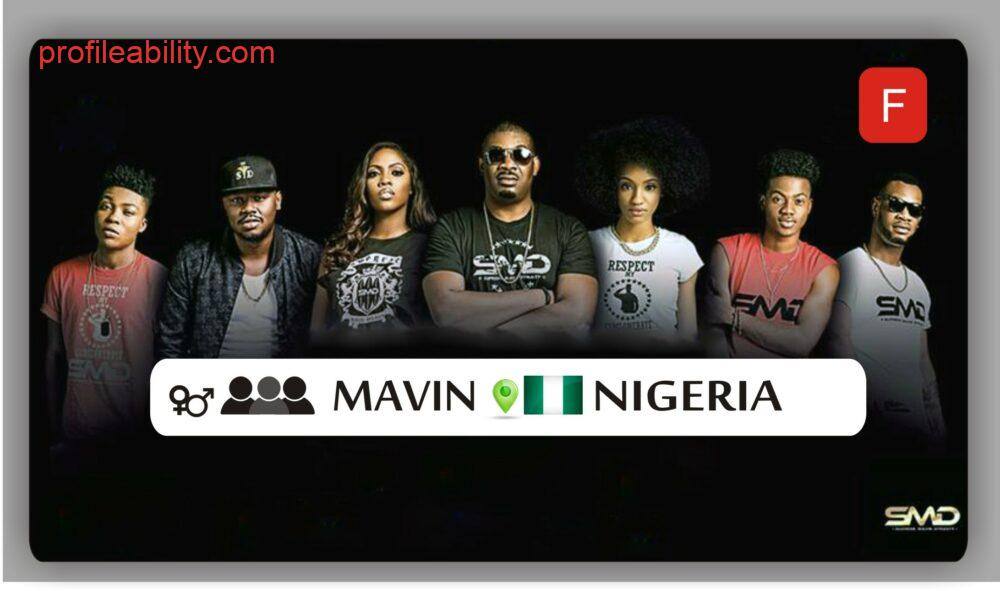 These exceptional talents have all brought in their diverse musical backgrounds to the fore. New Producers Baby Fresh and Altims have also contributed their own quotas in making sure the label keeps shining. The result is a perfect blend of Soul, Hip-Hop, RnB and Afrobeat productions.

The first album released under the label was Solar Plexus, a compilation album showcasing the talents of the Mavins. Released to huge popular acclaim, the album became part of national conversations. Other Albums like D’Prince (Frenzy), Tiwa Savage (Once Upon A Time) and Dr Sid (Siduction), have also achieved monumental feat to mention but a few. The Mavin team has wowed their audience and fans with their performances at different locations, settings and venues . These include performances at corporate and elite events, stadiums, musical concerts, and many more.

However to the credit of Mavin Records, all artists have been able to stand individually releasing individual hits. To this end the artists on the platform had released lots of hit songs individually and collectively. Undisputable Pan African hits like Dorobucci, Looku Looku, Adaobi, Eminado, My Darlin, Oyari, Goody Bag, Surulere, OYO, Godwin, Awww, Katapot etc. has been released.

The Mavin president and CEO, Don Jazzy, had promised esteemed fans and supporters that the record label will soon be regarded as the “POWER HOUSE OF MUSIC IN AFRICA”. It’s been 2 years since then and its best to say that Mavin Records have fulfilled that promise. The star musical talent on the roster are matched by a strong backroom team that are all industry leaders in their respective fields. With a goal to influence lifestyle and global sound, our fans can be assured that there will never be any dip in our quality. Remember, don’t just be amazing at what you do, be a MAVIN at it.