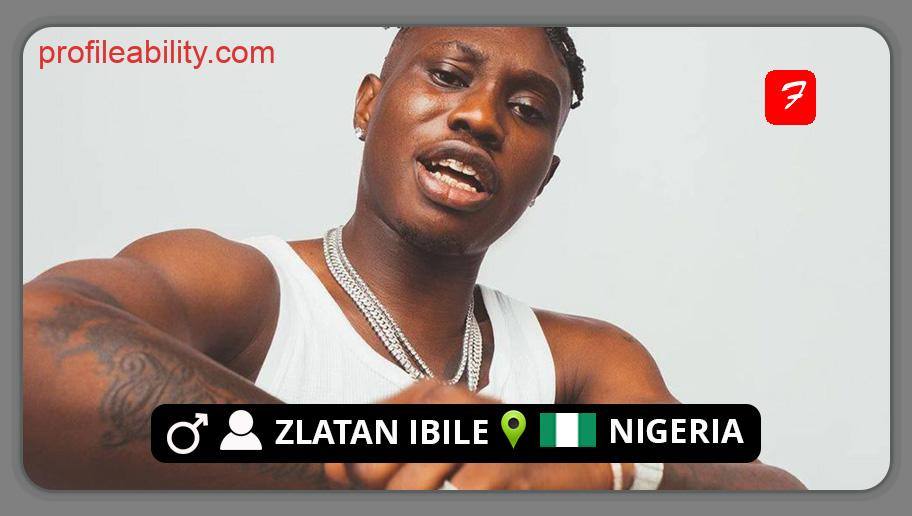 Zlatan Ibile, real name Omoniyi Temidayo Raphael is one of the renowned fast-rising Nigerian hip-hop stars who was born on December 19th, 1994. The singer/songwriter and dancer is the CEO and founder of Zanku records as well as the brain behind the famous ‘’Zanku’’ dance. He grew up in Ilorin but hails from Ekiti State, Nigeria. Zlatan graduated from Moshood Abiola Polytechnic in Lagos with a degree in Business Administration.

He found his aptitude as a church drummer and chose to pursue a career in music after finishing secondary school. In 2014, Zlatan won the Airtel-sponsored One Mic Campus Tour music competition in Abeokuta, Ogun State, when he was 19 years old, following an exciting performance in front of a large audience of music fans.

In 2017, he rose to notoriety and popularity in the Nigerian music scene after collaborating with Olamide on the smash single “My Body.” Since then, he has left his mark, garnering respect both within and outside of the industry. He collaborated with the likes of Lil Kesh and Chino Ekun on the 2018 smash single ‘’Able God.’’ Toward the end of 2018, he released a track named “Zanku,” which was accompanied by a new dance routine of the same name.

He released “Glory” in early 2019 before appearing on Burna Boy’s “Killin Dem,” a single off the latter’s fourth studio album African Giant. He was then featured on Ceeza Milli’s “Flenjo” and Naira Marley’s “Am I a Yahoo Boy” shortly after. Zlatan revealed on July 26, 2019, that he has inked an agreement with Coca-Cola as an endorser. On November 3, 2019, he released his debut studio album ‘’Zanku.’’

Zlatan is credited with the launch of his ‘Zanku Records Label’ on January 1st, 2020. Since his ascent to popularity, he has collaborated with a slew of other prominent singers, including Tiwa Savage, Davido, Naira Marley, Burna Boy, Jamo Pyper, and IVD.