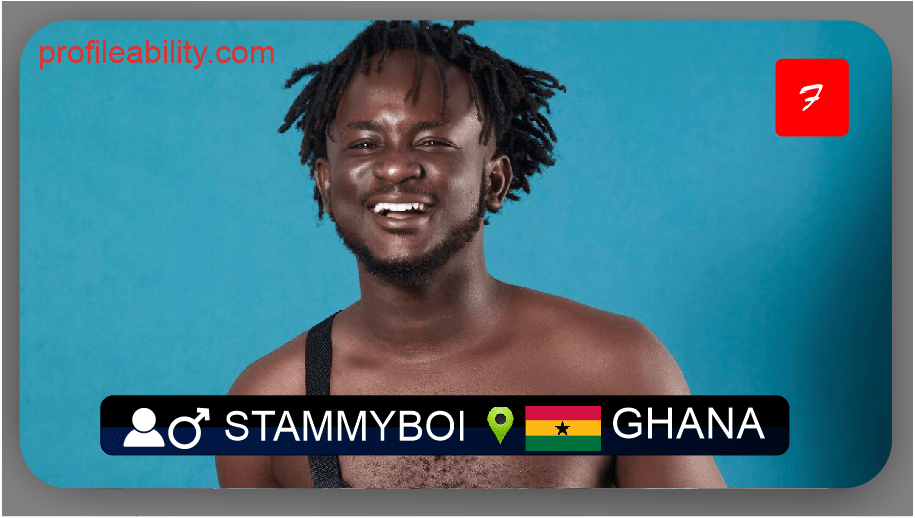 ”’Samuel Sarpong”’Born (20 November) known by his stage name as StammyBoi is a USA based Ghanaian artist and fashion influencer hailing from Tema. He is best known for the hit song “Make Time” which features fellow act B4bonah.

StammyBoi grew up in Tema and has spent most of his childhood experiences in communities 8 and 7, both suburbs of Tema. He attended Datus Senior High School Tema and St Andrews high school Assin Fosu Central region Ghana.

Stammyboi started music at an early age by singing at church and performing during family gatherings. He took it seriously after going to High School and meeting up with a couple of friends, he started freestyling after been inspired by (rapper)|Sarkodie]], a neighborhood hero where he grew up. Ever since he devoted time to study the game and focus his style n Hip Hop. Stammyboi’s music is inspired by street tales that he has experienced growing up in the streets of Tema. He recently went back home to Ghana and in association with Akwaaba Music hosted a concert dubbed “Tema is Alive” StammyBoi performing at the Tema is Alive concert]] concert which was aimed at bringing the different communities in Tema together as a means of enhancing the Performing arts sector of the economy. He is recently signed to Akwaaba Music Group which is headed and operated by Emmanuel Forson.