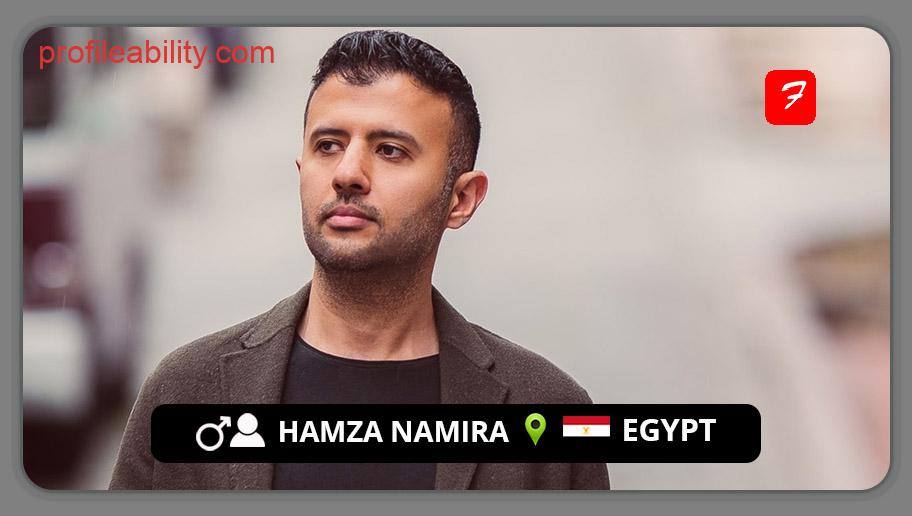 Having been dubbed the “new Sayed Darwish,” Hamza Namira is one of the most celebrated faces of modern Arabic music. He is a leading beacon of his country’s tenacity and desire.

Hamza’s work is generally distinguished by a recurring sociopolitical theme, diverging from love songs and focusing on issues of wide humanist concern, such as hope, alienation, generational change, and injustice, as he rises to prominence as a significant public personality.

He confronts issues in an impassioned and comprehensive way, weaving through Egyptian traditional and folk music, pop, rock, and jazz along the way. He is passionate about revitalizing cultural legacy and is well aware of a range of challenges his generation is experiencing.

Not only is Hamza one of the symbols of Arabic modern culture, but he also insists on expressing genuine and important social and humanitarian concerns via his songs, in order to keep us firmly entrenched in our culture and tradition while dreaming of a brighter future.