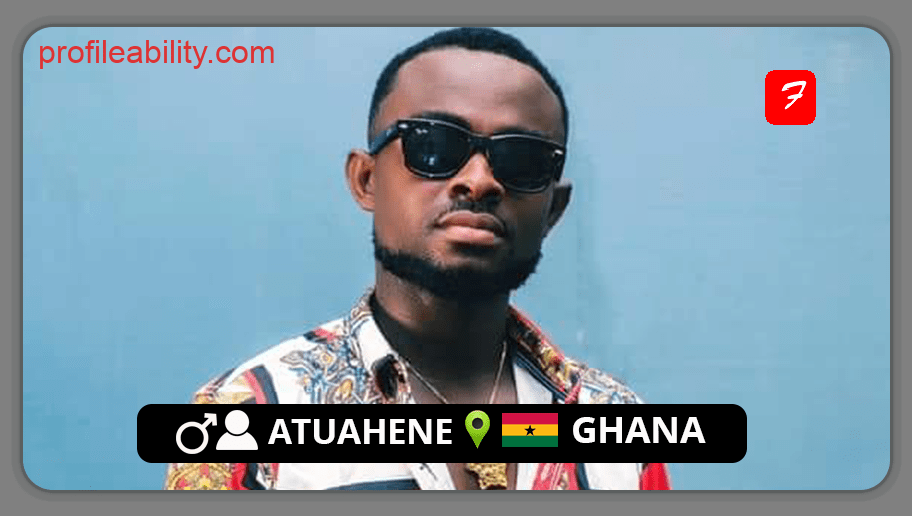 Atuahene (the warrior) whose real name is Osei Bonsu Joseph is a Ghanaian rapper, singer and songwriter born in Kumasi, Ghana.

He originates from the Ashanti tribe who come from Anyinasu in the Ashanti region of Ghana.

He is a hip hop artiste who raps on sensitive issues corresponding to his environment. Atuahene also puts on afro beats, touching love lyrics to help heal relationship problems and bring lovers together.

He received his junior high education at Eben international school in Kumasi and completed SDA Senior High, Bekwai and furthered his tertiary education at the University of Cape Coast where he graduated with a BSc in Psychology. Atuahene discovered his musical talent whilst still in the university.

He has shared the stage with BET award winner Sarkodie and some big names in the industry.

His ability and confidence to control instrumentals as a rapper has gained him popularity in the rap fraternity.

Marvel Onah, better known by his stage name Rehmaz, is a Nigerian Christian hip hop and Afro-gospel recording singer and music producer (CEO of Tronomebeats). The Middle Belt rapper, who hails from Benue State, Nigeria, has battled with his ministry,...

His most recent song Yenna got most celebrities talking about him and his contents.

Y3nna video lyrics from the camp of Atuahene