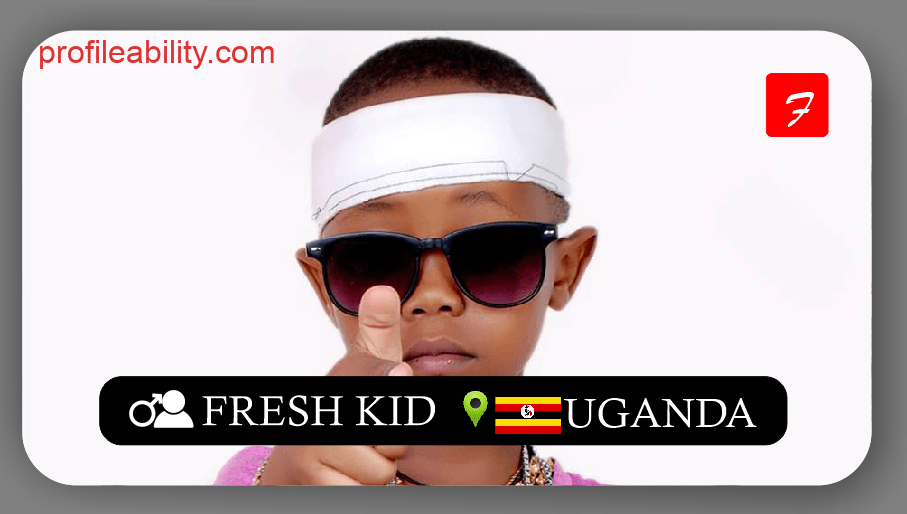 Fresh Kid with the real name Patrick Ssenyonjo is Uganda’s youngest rapper. With four songs in three months, the child rapper sounds more talented than singers older than him. His freestyle raps and awkward responses during interviews have won him public interest.

With his famous response to tough questions being “buuza manager” literally meaning, ask my manager, it is now downtown slang. His songs are Banteeka, Bamuzeeyi Mukulu, Bambi and Taki Taki featuring 14K Bwongo, an upcoming youthful rapper, who is also Senyonjo’s songwriter.

The 7-year-old rapper was schooling from a local school but grabbed himself a scholarship from Ruparelia  Foundation boss, Rajiv Ruparelia to study from Kampala Parents School, one of the best primary schools in the city.

Fresh Kid’s Bambi was nominated for the 4th Carolina Music Video Awards (CMVA) scheduled to take place at the NASCAR Hall of Fame High Octane Theatre in Charlotte, North Carolina. He is up against Feffe Bussi (Yes, No), Lydia Jazmine (You and Me), and Ykee Benda (Singa), all in the international category.

Fresh Kid is signed to Da Texas Entertainment which is managed by Francis Kamoga.