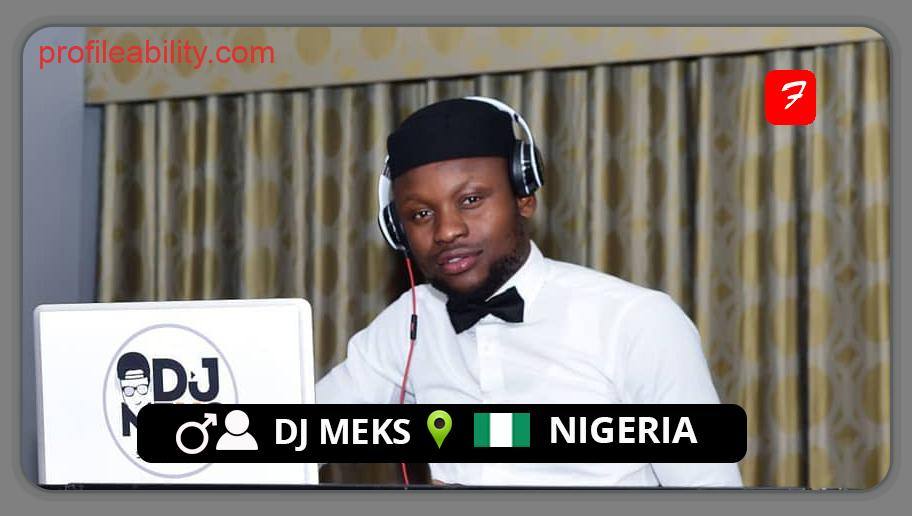 While studying at Pefti Film Institute, he developed an interest in “DJing” and started learning from a famous DJ at Power Vibration Studios in Lagos State. As soon as he mastered mixing, he got certified and started gigging heavily at parties all around Lagos.

In 2008, he saw his potential and decided to educate himself in Music Technology by traveling to (London), United Kingdom. He started playing in the finest parties around London.

DJ Meks - No One (Official Video)

DJ Meks & Charlene Soraia - Wherever You Will Go