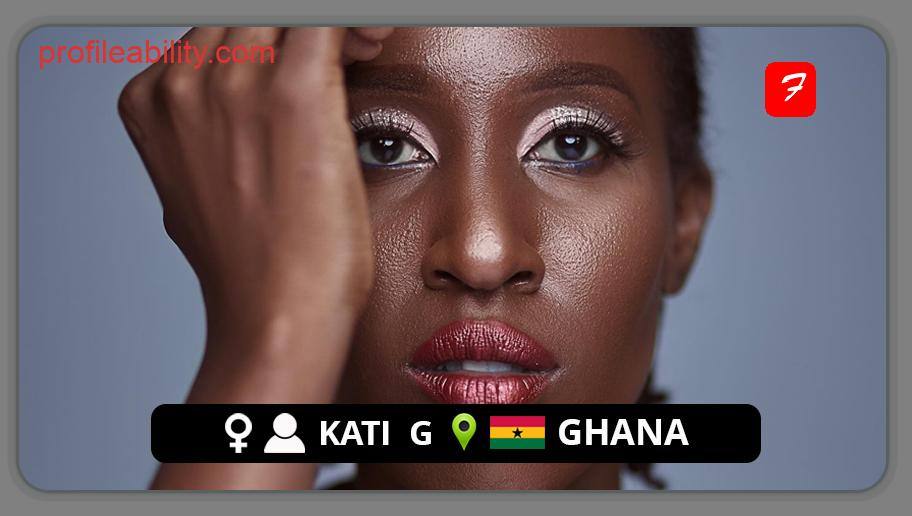 Kati G (Catherine Adutchummwa Eno Owusu-Sakyi) is a multi-talented Ghanaian singer-songwriter residing in the United States. She is best known as the creative director of The Cake Fair brand, Ghana’s only major annual cake event, which attracts over 2,000 cake lovers every year and has been operating since 2015.

She began her musical career when she was eight years old. Her desire to pursue her interest pushed her to learn to play the clarinet and cello, which she excelled at.

She gained notoriety after performing a successful rendition of Mr Eazy’s “Skintight” and Joey B’s “You and Me”. However, in 2018, she released her debut song, “Na You,” with Reynolds The Gentleman.

She has now become a household name thanks to her various artistic endeavours, including the popular songs “He Loves Me,”‘Wati Makoma,” and “Di Me Ruff.”

Thanks to her soothing voice, Kati G has had the opportunity to associate with prominent and influential contemporary acts, including Okyeame Kwame and dancehall sensation Epixode.

Kati G has also worked for Sony Music Entertainment and the American Society of Composers, Authors, and Publishers, as well as being an Executive Producer at STARR FM in Accra, Ghana (ASCAP).