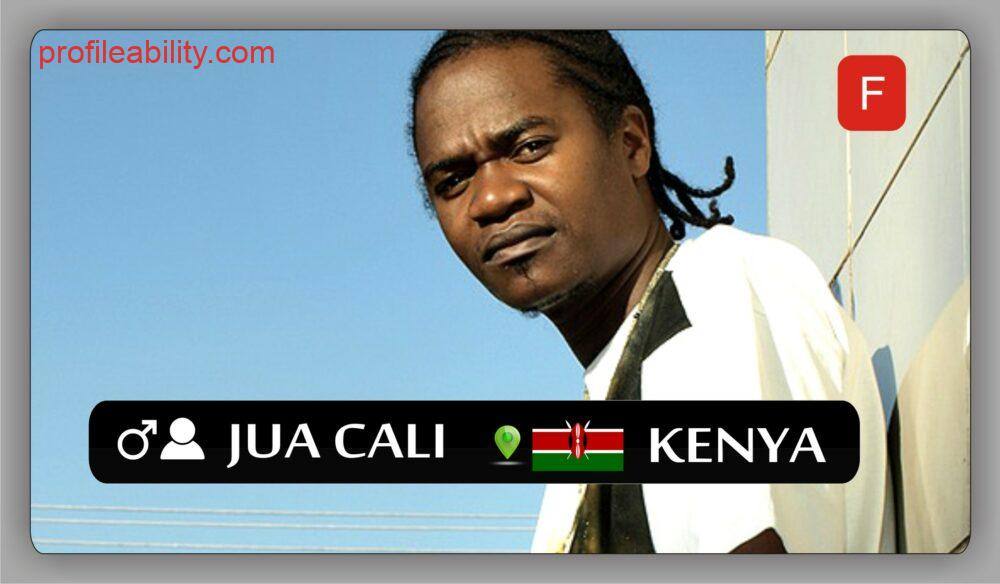 Paul Julius Nunda born in September 12, 1979, better known by his stage name Jua Cali, is a Kenyan hip hop artist. In 2000, together with record producer Clemo, he founded Calif Records where he has been ever since. Jua Cali performs in Swahili and Shengm in a popular Kenyan style of rapping called genge.

His first recorded track was Ruka, released in 2001 and was followed by Nipe Asali in 2002. In 2004 He collaborated with Pilipili in track “Kamata Dame”. Like most Kenyan artists, it took several years before his first full album was released. His album “Juacali Sekta” reached the stores in 2006, containing mostly previously released singles.

His single Kwaheri (featuring Sainapei Tande-winner cocacola pop star and radio presenter) was a major hit in Kenya in 2007.At the New Year’s Eve 2008/2009 he released a new album, Ngeli ya Genge. He has toured the US and other countries.

In August 2007, he was among 100 most influential Kenyans as selected by The Standard newspaper.

His stage name Jua Cali, is derived from California, an estate in Nairobi (as is the name of Calif Records). It also resembles Jua Kali, a Swahili term meaning fierce sun, which has been taken to refer to Kenya’s informal sector of the economy.

He has released a series of new songs with a new producer Keggah based in the United States. His new songs include, Karibu Nairobi and Kuna Sheng which have both received massive airplay and good reviews.