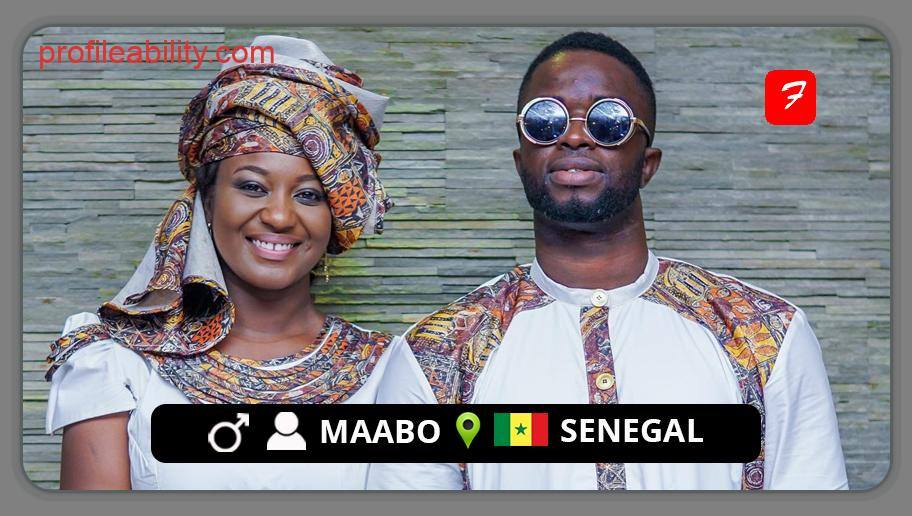 The Guissé pair make up the Senegalese music group Maabo. The vibrant Afro-pop style of the husband-and-wife duet is based on the couple’s interwoven voices and the amorous tone of their lyrics. The pair sings in an Afrobeat-influenced manner.

Mia and Abdoul Guisse (No Face Undercova) met through a relative in the Senegalese metropolis of Dakar in 2012 and began collaborating musically.

Both had been pursuing music careers – Mia as a singer/songwriter and Abdoul as a sought-after engineer/producer – but there was an instant affinity when they started working together.

Over time, they developed a love connection, and after marrying in 2015, they founded Maabo, a pop duet with both of them singing and creating songs.

Their first hits, including 2015’s “Reine xol,” helped them gain a following in Senegal, where listeners were drawn not just to their music but also to them as a pair. They received a Raaya Award for their single “Yako Waral” in 2017, and after a few more singles, they released “Jolofbeats,” their full-length debut, in 2019, followed by another single, “Wa Li Nekhoul,” in 2020.

In Senegal, the Maabo group has swiftly become a household name.