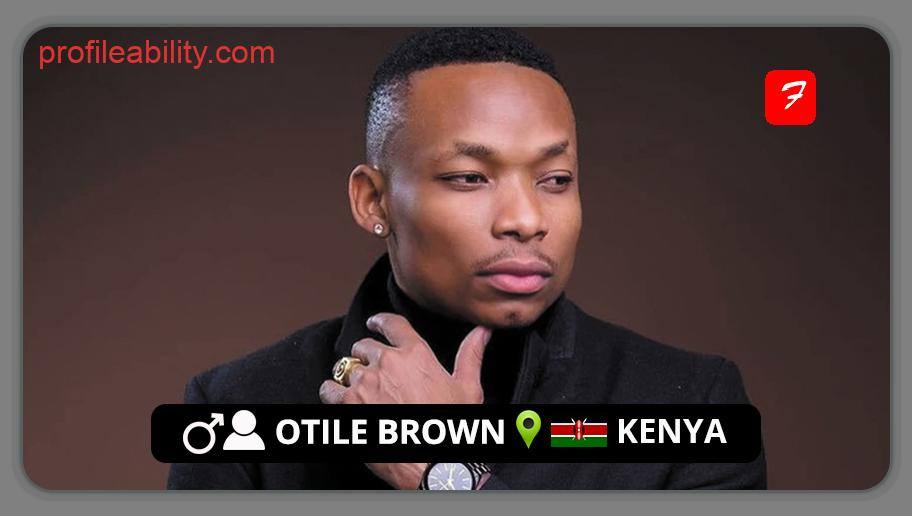 Jacob Obunga, known by his stage name as Otile Brown is an independent Kenyan singer and songwriter. His genre of music is Afro-pop/beats and R&B. He was born in 1994 on the 21st of March. He is a descendant of Luo born in Kisumu and nurtured in a town in Kenya called Mikindani, Mombasa. He is the last born in a family of four with both parents who died when he was only 14 years old.

Otile had his education in the coastal region where he was nurtured before rising into the entertainment industry. He had a tough life growing up.

At age 13, he began writing songs and singing in Mombasa before relocating to Namibia in 2012. However, in 2013, hoping he could have a chance at pursuing his music career, fate rather took him to comedian Jalang’o, who advised and offered to help him pursue his dream as a singer. With the help of now comedian friend “Jalas”, Otile was the first-ever signed on Dr Eddie’s record label Dreamland Music Entertainment.

He gained recognition in the music scene after the release of his first debut single “Imaginary Love” on June 3rd, 2016, which features Khaligraph Jones. In March 2017, he parted ways with Dr Eddie after been restricted from using all songs recorded on the Dreamland Music label. A month after (April 2017), he launched his first album ‘Best of Otile Brown’.

His hard work and success in the Kenyan music industry have fetched him several awards including “Male Video of the Year” for his single “Baby Love” at the 2018 Pulse Music Awards. In 2019, Otile established a Record Label “Just in Love Music” of his own but did not turn up as a success.

Otile dropped his second album on June 3rd titled “Just in Love” dubbed with 11 songs. He has also had a successful past career with artists such as Barakah the Prince, King Kaka, Sanaipei Tande, and others.

He has so far accumulated over 172,967,223 views on his YouTube Channel with over 693K subscribers ever since he joined the streaming platform on April 20, 2016.