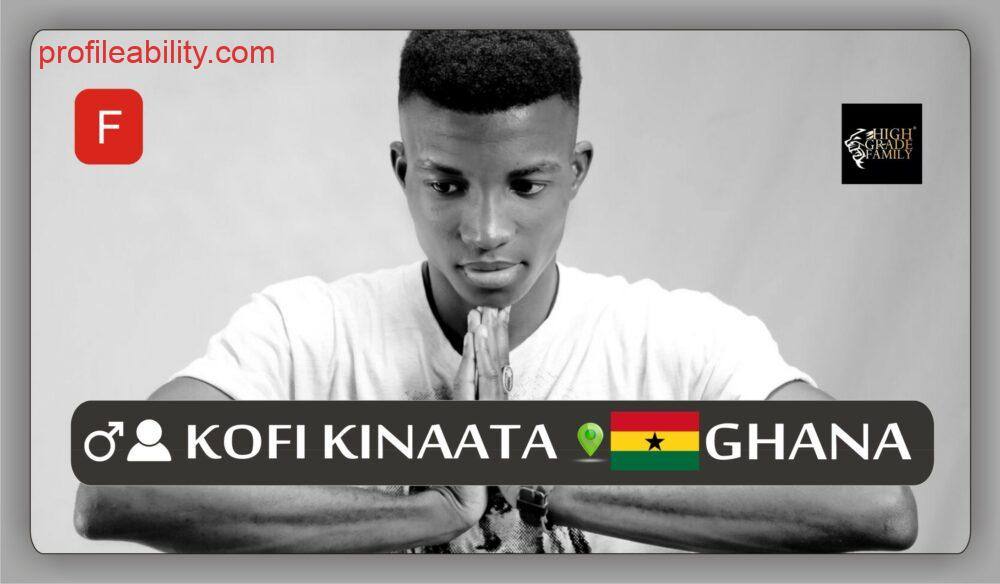 Martin King Arthur a.k.a Kofi Kinaata is a renowned young Ghanaian Fante rapper who was formerly under High-Grade Family management.

Known as the Fante Rap God, Kinaata pulls a tremendous fan base and followers in Takoradi and across Ghana as anyone who hears his songs and raps falls in love with his lines because they are clear and straight to the point. According to him, unlike most musicians who rap for the sake of it, he chooses his words carefully to address an issue.

“I make my words so clear that those who cannot even speak Fante can understand clearly what I am saying.”

To him, one thing that makes him stand out is how he delivers on any track he is featured on.

You would love Kofi Kinaata’s delivery of words, punch lines, tight lyrics, and rhyme scheme when you hear any of his singles. Fans and critical listeners say his style is different from Gh FanteRap emcees like Kwaw Kesse, Konti & Teephlow which makes him outstanding and totally unique.

He has battled more than 10 MCs on the award-winning show called Kasahare on Melody Fm and had K.O(knocked out) each of the MCs which was judged by the listening public and Dr. Kwame Amofa, the host of the show.

About how he started his music career, Kofi Kinaata who has worked with musicians like Samini and Kesse said he started to rap when he was young but started getting recognition at Takoradi Technical Institute where he schooled.

He was raised in Effiekuma but he also represents the oil city. Kinaata, after a long stay in the underground, has no doubt that he has become one of Hiplife and FanteRap Most Wanted by releasing hit Singles like – Obi ne ba, Asaw biara womu, Aha ay3 d3 and Kikiliki(Kill Them All), which received massive airplay by the various Radio station and Night Club DJ’s Nationwide. Some of his Singles also led charts on entertainment sites like Ghanamusic.com, Ghanamotion.com, Bigxgh.com,Lifestylzgh.com, Ghfreestyles.com, and Ghanaonfire.com.

He murdered the mic during shows like the ASABAAKO at Busua Beach, Skyy Power Annual Xmas Carnival, Melody FM Poolside Bash, and Miss T- Poly. Still, just the shy calm dude who will cut you with his sharp lyrics that you will keep your headbanging. His Youtube Freestyles have received an increasing rate of daily viewers and comments due to his sense of humor.

Kofi Kinaata has done major collaborations with artists such as; Sarkodie, Shatta Wale,  Samini,  Stonebwoy,  Kwesi Arthur, Jayso,  Castro, and Becca among others. One major collaboration that blew him into the mainstream and limelight was “Odo Pa” by Castro which featured Kinaata and Ghana Black Stars captain Asamoah Gyan. The track was a hit all over the continent and won awards locally and internationally. Castro was a god-father and an inspiration to him since he grew up seeing him, and helping him with his entry into the industry.