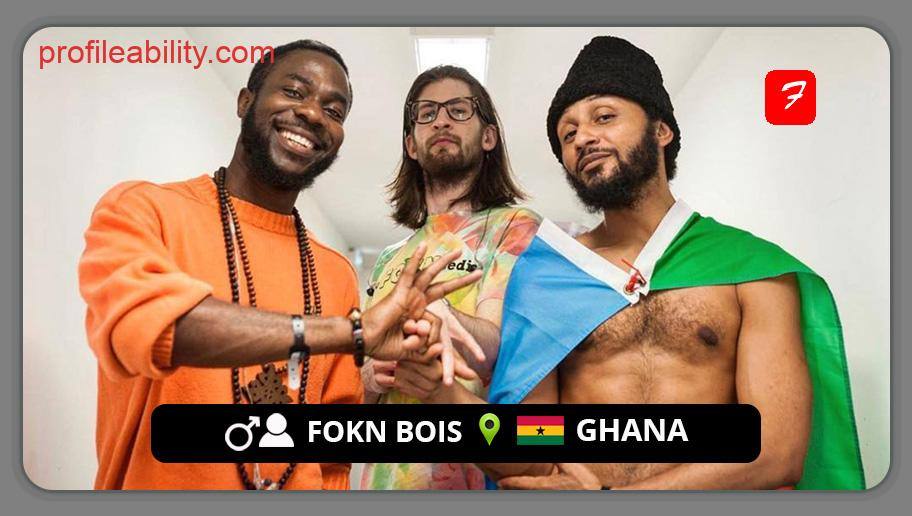 One of the most well-known bands in the world for their unique brand of entertainment, which includes cleverly tasteful shock lyrics, groundbreaking performance art, and decadent progressive sonics.

M3NSA, who is more into music production, and Wanlov the Kubolor, who is more into visualisations, are both brilliant lyricists, and their live setup includes an extra member, Andras Weil, who plays keys and conducts the live performances. Through their groundbreaking Pidgin language releases, they have acquired a legion of followers.

Because of the often lovey-dovey subject matter and provocative moniker, FOKN Bois never saw themselves doing Afropop, yet here they are.

With Afrobeats LOL, a dance epic combining hip-hop and satirical afrobeat, they have succeeded to overcome the reputation. Despite their lighthearted nature, the team finally demonstrates that the truth is often better spoken than kept unsaid!