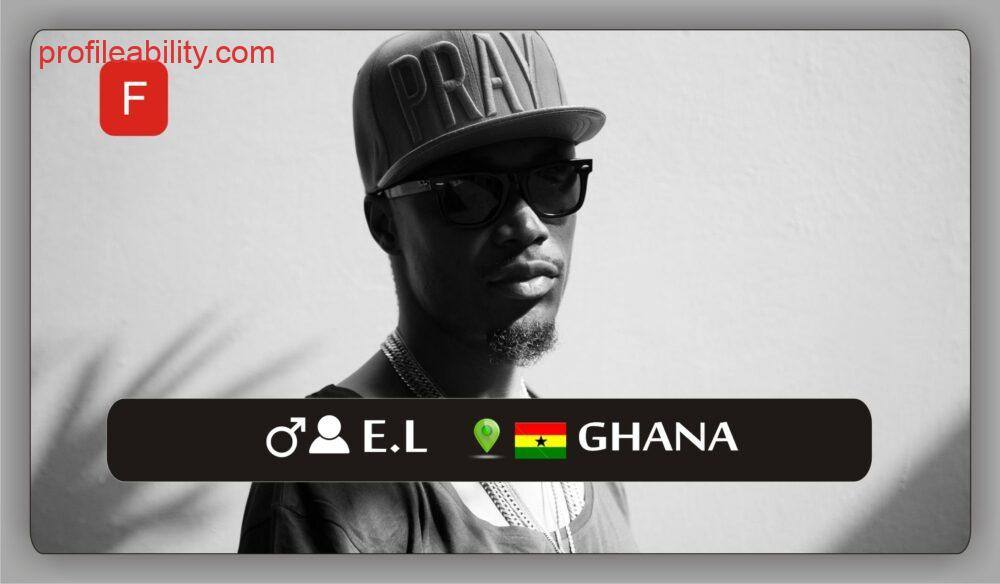 EL grew up in the largest estate in Dansoman. He is a talented Musician, Rapper, Singer, Pioneering producer and a Pulse racing performer. You may know him from his poplar club bangers,“Obuu Mo”, “Kaalu”, “One Ghana for Your Pocket” and “Auntie Martha”. His Brand ‘This is Crazy ChalEE’ has become a Ghanaian household term and his music has made him a face of Ghana’s music industry in just a short period of one year. He has gained a fast reputation for his crazy club bangers and spectacular sound.

EL has had several international shows and club performances and is constantly in high demand since the release of his album Something Else on the 1st of June 2012, not excluding SOLD OUT local performances

On April 15, 2016 Lauryn Hill headlined a concert dubbed Ms. Lauryn Hill Presents Diaspora Calling! in association with Tidal at Kings Theater, the concert was intended to celebrate the rich tapestry of artists from African Diaspora and had great artist from West Africa on stage namely El and Stonebwoy from Ghana, also Wondaboy and Mr. Eazi from Nigeria performing to a massive crowd.

In the early hours of 8th May, 2016, at the Vodafone Ghana Music Awards at the Ghana International Conference Center, EL received the Artist of the Year award.