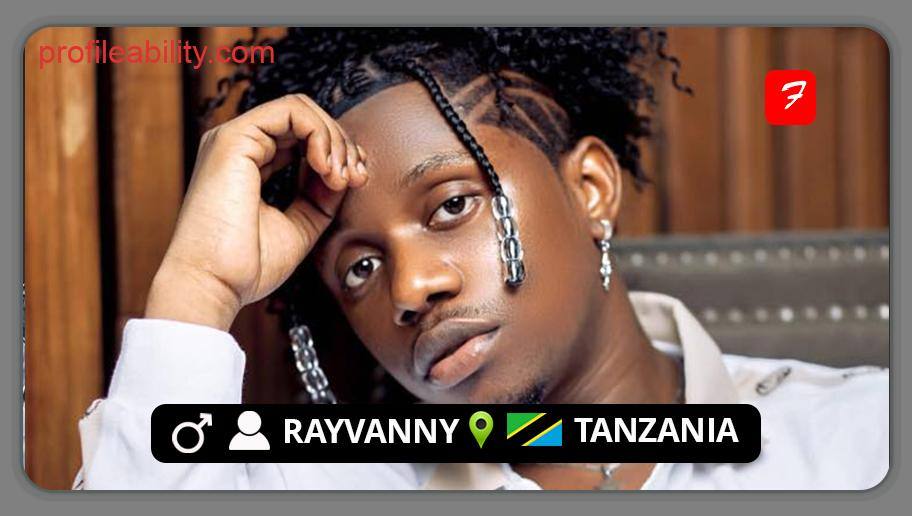 WCB Wasafi Records very own Raymond Shaban Mwakyusa, professionally known by his musical sobriquet as Rayvanny, is a Tanzanian rap sensation and performer who was born on August 22nd 1993. The singer/songwriter is a native of Nzovye, Mbeya, Tanzania. He is the founder and CEO of Next Level Music.

His love and passion for music date back to 2011, when he was still a high school student. From a rap freestyle champion to joining the Tip Top Connection music group in 2012, Rayvanny acquired experience honing his skills and interacting with a variety of artists.

However, he shot to fame after he officially linked with Diamond Platnumz’s WCB Wasafi Records in 2015. He released his first single ‘’Kwetu’’, in 2016 which became a smash in East Africa, and launched his career as a solo artist. That same year, Rayvanny was nominated for an MTV Africa Music Award for Breakthrough Act in 2016.

Rayvanny established his own record label, Next Level Music, in 2021.

He has subsequently established himself as an Afro-pop and Bongo Flava musician, having released two albums, “Flowers” on February 8, 2020, and “Sound from Africa” on February 1, 2021.

Some of his popular releases over the recent years are ‘’Nyamaza’’, ‘’love nwantiti’’ with CKay, ‘’Paranawe’’, ‘’Number One’’ ft Zuchu, and ‘’Woza’’ ft Diamond Platnumz, just to name a few, as well as listing a few of his associated acts, Queen Darleen, Mbosso, GIMS, Frenna, Navy Kenzo, and Enisa.

Rayvanny - I miss you Behind the Scene Teaser