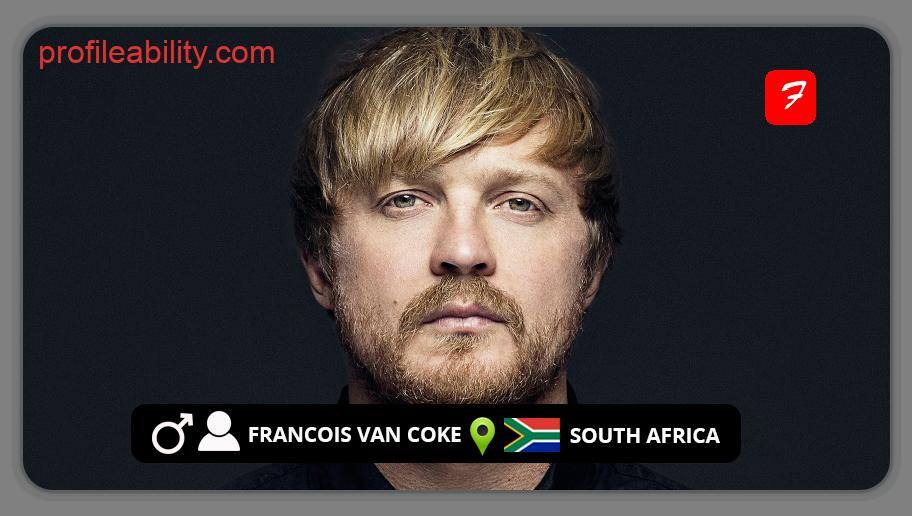 Francois Van Coke is a South African vocalist, songwriter, and guitarist. His real name is Francois Badenhorst and is a member of the Fokofpolisiekar and Van Coke Kartel bands. In September 1980, Francois was born in Brakpan and moved to Boston, Bellville, Western Cape, where he grew up.

He formed the Van Coke Kartel when Fokofpolisiekar became quite inactive. Until 2015 he did not work as a solo artiste. He was just a band member. From 2015, he started his solo career.

Francois was born into a Christian home with his dad as a pastor. His first band, AS180, was actually a Christian band. His dad’s congregation had a problem with his band’s name, Fokofpolisiekar(which translates Fuck off Police Car), when he started it. Due to controversies, his dad asked him to not use his surname in his career. Francois’s self-titled debut solo album, and started his solo career this way. It was the first Afrikaans album and single to simultaneously jump to number one position on the South African iTunes Store. Francois van Coke songs His songs include: Dit raak beter, Daarsy boys, Ek weet nie, Beter mens, Dagdrome in suburbia Hulle se, Mensdom, Die skip, Hey babe, amomg others.

He has been married to Lauren Wild since 2002.