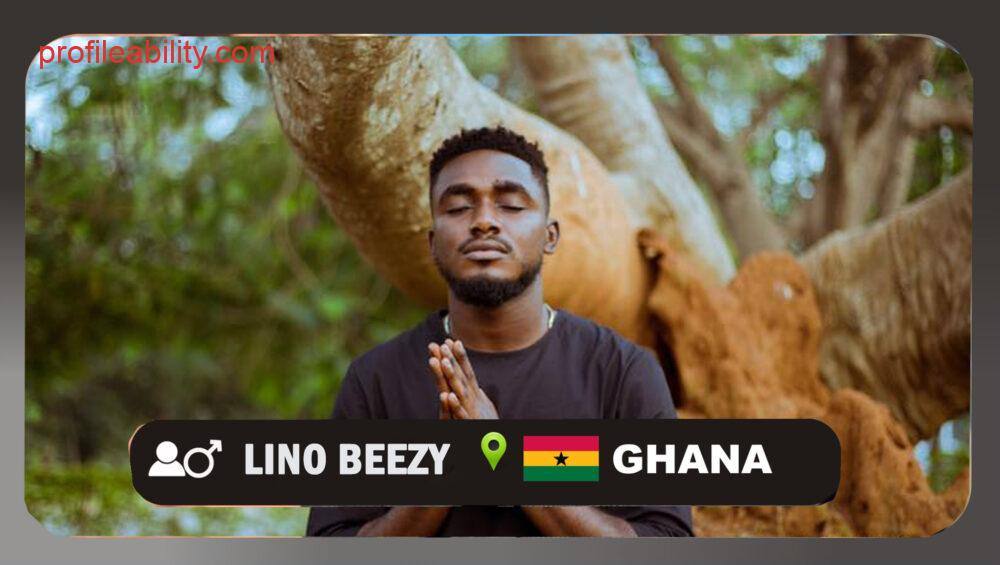 Lino Beezy real name Osei Nana Owusu Banahene is a Ghanaian hip-hop and afrobeat artiste from Kumasi. He was born on 14th October 1992  in Kumasi (Ghana ) but hails from Duase in the Ashanti region. He is the fifth of 9 siblings born to Nana Osei Owusu Banahene and Ivy Owusu Ansah. He attended Prempeh College Senior High School and a student of the University Of Ghana, Legon.

Before music, he was an active footballer during his time at primary school at Hilltop School located in Kumasi. Unfortunately for him, he was stopped from playing football after sustaining a fracture.

In the quest to find himself after the injury, he discovered his music talent through some freestyles he used to perform in class with his mates. He started his career professionally as a musician when he completed senior high school.

He has worked and collaborated with many mainstream artists in the Ghanaian music industry including Sena Dagadu, DopeNation, Edem, Medikal, Kofi Mole, Akan and many more.

For recommendations, he was recommended by Mr Eazi to Sarkodie to be featured on his Biibi Ba song, and also tag him saying ‘I like your sportsmanship’ during him “genging and benging” song challenge.
Sarkodie praised him on Twitter and appreciated a freestyle song he did for him acknowledging his Alpha album.

Yaw Tog is a fast-rising Ghanaian drill musical sensation from Kumasi in the Ashanti Region of Ghana. He is marked as a pivotal contribution to the emerging drill scene which started in Ghana’s Ashanti regional Read more…