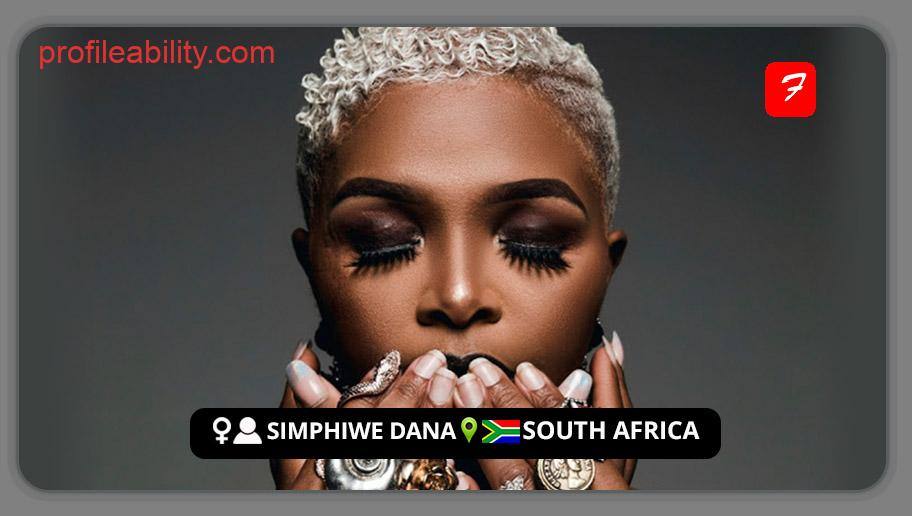 Simphiwe Dana is a South African singer, songwriter, and activist who was born in Butterworth and nurtured in Lusikisiki, Transkei. She spent most of her childhood listening to choral and gospel music in her father’s church.

Her early inspirations laid the groundwork for her unusual combination of jazz, soul, and gospel, which she frequently channels via her native Xhosa dialect and recalls legends like Mariam Makeba and Dorothy Masuka.

Dana, who has been compared to Miriam Makeba and Dorothy Masuka, performs an innovative musical form that combines traditional African music with current soul, with traces of gospel and blues thrown in for good measure.

With the release of “Zandisile” in 2004, she made a significant impression in South Africa. The album was well-received and won a number of prizes, including a South African Music Award (SAMA) in 2005 for Best Jazz Vocal Album.

Dana was also honoured with a SAMA for Best Newcomer. The album charted in the Billboard 200 upon its international debut, and she was awarded an AVO Session Basel Award.

Her musical interpretations are so rich that she has won the favour of an older generation of South Africans, particularly ladies, but her youth and understanding of modern pop have won her fans among the younger age.

“Bamako,” a creative project coproduced by Salif Keita and heavily laced with Malian roots, was released in 2020.