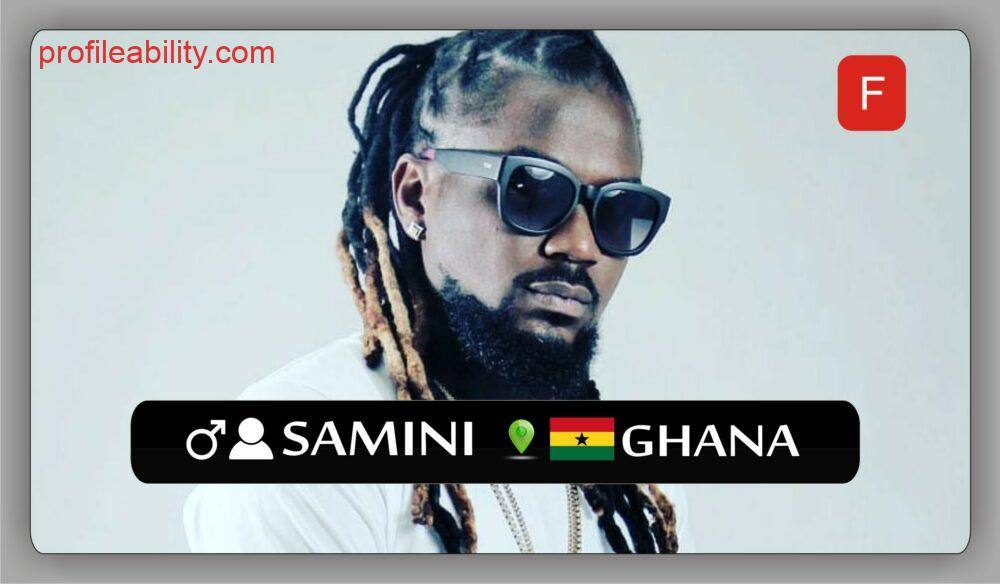 Emmanuel Samini, known in show business as SAMINI hails from the northern part of Ghana, specifically from a town called Wa. He was born in Accra on the 22nd December.

Samini is by far Ghana’s biggest musical star at the moment! His genre of music is a melodious mixture of highlife, dancehall, reggae and hip-hop. He terms his brand of music as the “African dancehall”

His unsurpassed stage work is a true reflection of a musical icon that is destined top climb unto the top of world music.

His humble beginnings started when he was part of a melodious church choir who was an excited man at church at a tender age of 14, his burst onto the professional scene was triggered by a musical collaboration with another musician in 1999 after which he became a toast of fun loving Ghanaians with his impeccable lyrics and free style lyrics.

His maiden album-dankwasere released in 2004 topped the local music charts for week’s unending thereby winning two awards at the prestigious Ghana Music Awards. The hit track Linda remains one of the household tracks in Ghana today even years after its release.

Samini has climbed to greater heights in his carrier circles which has seen him shared the same stage along side, Sean Paul, Akon, Kevin Little, Shaggy, Wayne Wonder, Damien Marley, Bennie Man, Jay-Z, ,Chaka Demus And Pliers, Culture of blessed memory and Steel Pulse. He is the most featured artiste in Ghana and Samini has featured on over
63 tracks. He recently did collaboration with Steel pulse from the UK and Etana from Jamaica.

His industrious carrier has received international recognition which has earned him yours to many countries including the UK, Germany, Italy, Canada, Holland and many more where thousands have trooped to the event site to be mesmerized with his performances.

His second album SAMINI is making waves on the local charts, he won about three awards at the Ghana music awards and in 2007 Batman received international recognition when he was nominated and eventually won the best African musical act at the expense of established musical icons on the continent at the MOBO awards in UK in 2006. He was recently nominated for MTV ema awards, channel o awards and the radiophonie prize in France.

His new album entitled Dagaati is out March 2008

Available on Itunes, Amazon and all other major online retailers.

Without a doubt, Samini represents the future of African music and will continue to churn out the best of Music and hoist the African flag high.