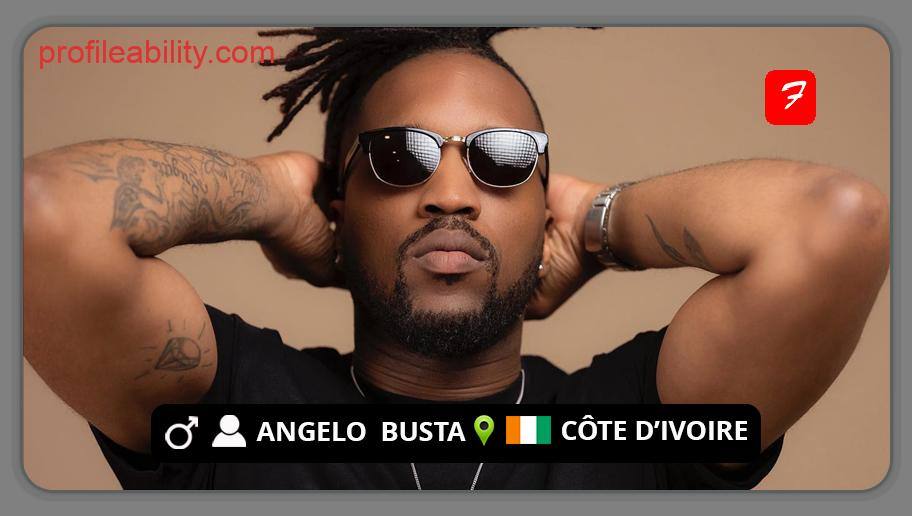 Angelo Busta is a songwriter, composer, and beat producer from Ivory Coast who currently resides in France. Angelo is a multifaceted AFRO ZOUGLOU URBAN artist who is indispensable to the scene. At the age of 14, he began performing music. Angelo was born in the Ivory Coast, in the city of Abidjan.

In 2009, he began performing as a musician. He began his career as a DJ in Lile, France, before progressing on to composing and producing his own music in genres such as Zouglou, Coupé décalé, Afrobeat, Afrotrap, Zouk, and R&B.

He had his breakthrough in 2010 with the premiere of his hit track “Tu a cherché, tu m’ai trouvé,” which achieved some worldwide popularity on the Internet. “On s’amuse,” “Lidusu,” “Soulever bomber,” “Freestyle,” “Un jour meilleur,” “Sabari,” “La Raison,” and “Je suis fan” were among the titles he later released.

In addition to his artistic profession, Angelo Busta has his own studio, THE BEST RECORDS, where he works as a sound engineer, arranger, author, and composer.

In 2018, he launched his debut album, “First Class,” which was a huge hit and aided him to get a broader audience owing to the track “Insh’Allah.”