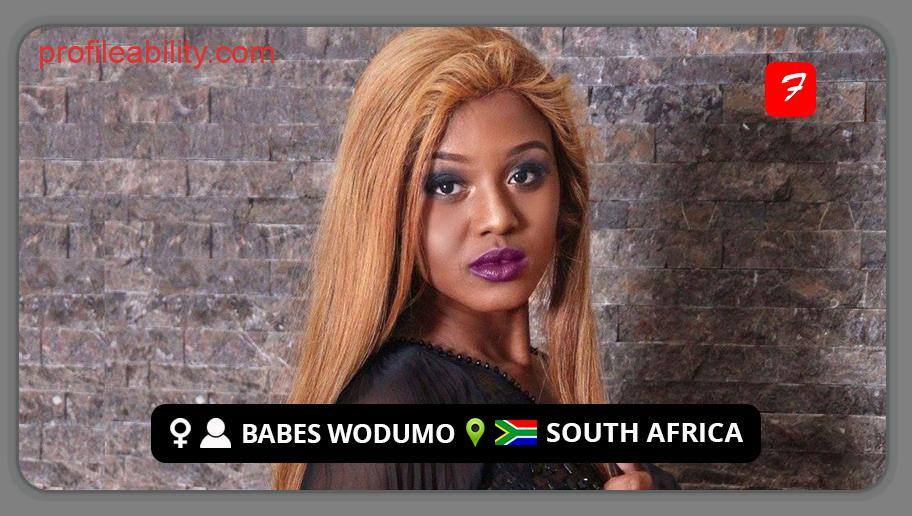 Bongekile Simelane, better known as Babes Wodumo, is a South African singer and choreographer who is one of the first celebs to emerge from the gqom scene in Durban and has brought the genre international prominence. She was born in Lamontville on March 26, 1994.

Despite her parents’ opposition to her entering the entertainment industry, the musician has earned the title of “Queen of Gqom.” Her stage name was inspired by her father, who nicknamed her Babes because her eyes resembled those of a member of the band “The Babes.”

Gqom’s tight, hypnotic sound, which recalls a more stripped-down, polyrhythmic variant on the more house-derived style known as kwaito, has a more approachable edge thanks to her beautiful yet forceful voice.

In the early 2010s, she began singing and dancing and subsequently created the West Ink Dance Academy, which aims to keep problematic kids off the streets by involving them in the arts.

The vivacious diva made her debut with her first-ever song ‘’Desha’’ in 2014. However, it wasn’t until 2016, when she soared to eminence claiming her seat on the throne following the release of her breakthrough song “Wololo”, which was eventually included on her first album, “Gqom Queen, Vol.1.” The title “Wololo” became a nationwide smash and was nominated for a BET Award for Best International Act: Africa in 2017.

Her strong presence in the entertainment industry garnered her a spot on the Black Panther soundtrack (2018), where she collaborated with Zacari on the song “Redemption,” and a cameo appearance on Major Lazer’s song “Orkant/Balance Pon It,” which also featured Taranchyla.

As a result of her dancing and singing, she has amassed a sizable fan base. Dj Tira, Big Nuz, Nikki Williams, and Kendrick Lamar are just a few of the musicians with whom she has collaborated. “Umphabazo” (2018) and “Otshwaleni” (2019) are two of her most recent works.