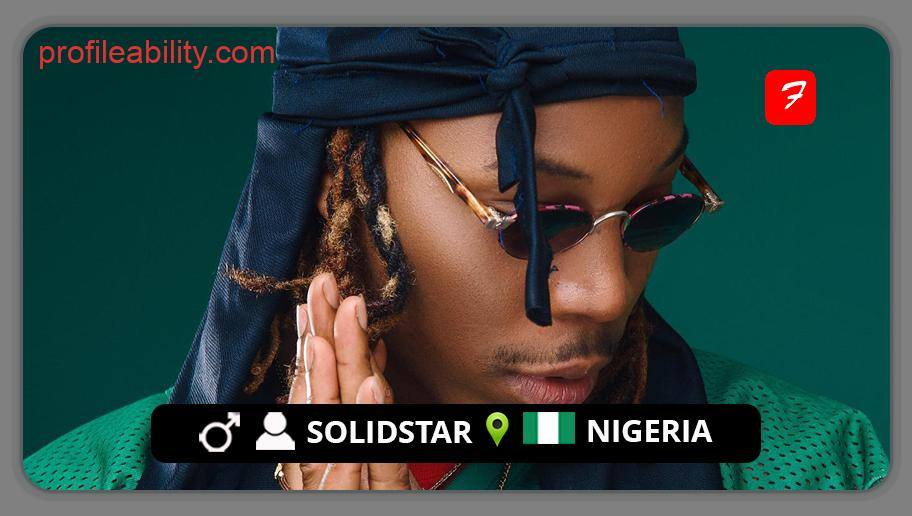 Solidstar, a.k.a. Joshua Iniyezo, is one of his generation’s most highly anticipated rapidly emerging musicians. He is a Nigerian recording musician, composer, producer, actor, and model who specializes in highlife and Afro Pop music.

Solidstar, who was born on November 8, 1988, is acknowledged as being one of the main personalities with a distinct and unique voice that can keep listeners fixed to a certain location when they listen to it, which has benefited him in his climb to worldwide popularity.

He began his musical career as a drummer for a small church in his birthplace in Delta State, where he was born.

Discovered a few years later at a music talent show in Ajegunle area of Lagos State where he was introduced to Paul Cole a record label boss, and gained notoriety in 2010 with the release of “One In A Million,” the first single from his debut album “One In A Million,” featuring his idol and role model 2face Idibia.

He debuted in his early career under the Achievas Record label and has since stayed in the entertainment industry, earning him the reputation of being one of Nigeria’s most consistent artists due to the number of singles he releases each year.

SolidStar, who is recognized for his ability to sing flawlessly in English, Isoko, and Igbo, took home the Nigeria music video award for best new artist with his first single “One in a Million.” His unique combination of reggae, R&B, and traditional African musical inspirations produces a feeling that is both current and universal while still retaining a distinct African character.

He has collaborated with a number of musicians, including 2face Idibia, Davido, Iyanya, Tiwa Savage, Flavour, Patoranking, Timaya, and others.

Solidstar - For you - Official Audio