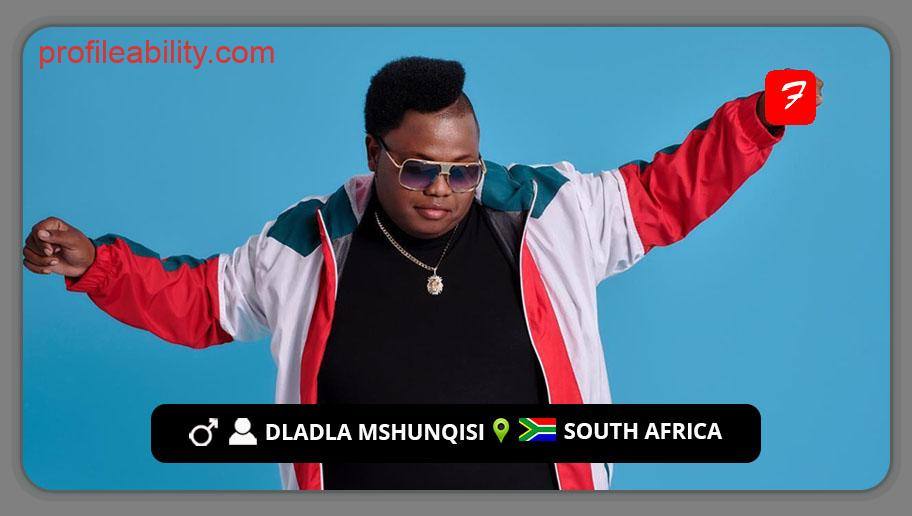 Dladla Mshunqisi, whose true name is Anele Dladla, is a skilled dance music vocalist from South Africa. Mshunqisi was born on November 30, 1990, in KwaMashu, and reared in KwaMashu before relocating to Durban North.

He is well known for partnering with Benny Maverick and the Durban South Africa Gqom music duo “Distruction Boyz” on the smash song “Omunye.”

The Gqom musician’s family’s fame and affluence were instrumental in allowing him to pursue his goal and find his passion for music and cuisine.

Besides music, he is well-known for his love of food, which has gained him a large following on social media. Dladla revealed that his passion for food has been there since a young age as a food aficionado with a desire of becoming a professional chef.

Mashunqi is confident in his ability to thrive in his many business ventures, which include restaurants and music. Mshunqisi, regarded as one of South Africa’s fastest emerging music talents, has had his songs played in high rotation not just in Durban but throughout Africa and other nations.

Dladla Mshunqisi is regarded as a multi-talented individual. Every song he touches becomes a success.