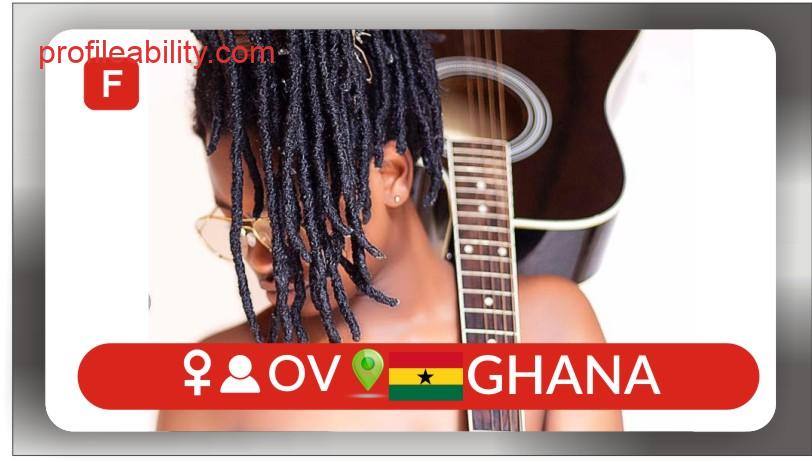 She started off as a dancer although was singing and wanted to play the guitar from childhood, became known by schoolmates and the public as “skelebarbs ” because of her ability to dance.

She’s been practicing the acoustic guitar for a year and a half now. She did few song covers by popular artists like Kuami Eugene’s Angela , Seyi Shay’s touch me where after she started writing her own songs.

OV Onthah recorded her first single with Reynolds the Gentleman a multi-instrumentalist and producer after he discovered her on Instagram with a song titled “Nea Woyeyi “which featured Reynolds himself. She performed at places like “Piano Bar ” “Serallio” “Badu lounge ” High school events that invited Artists from the mainstream like Gemini , Edem etc.

Her second song titled ” Kambu ” produced by Standec released on 4th December 2017 got her known in various tertiary institutions. She then released her third song which featured popular Dancehall/Reggae act Epixode titled “Ma Mind Dey ”. Recently she made a soul version of Stonebwoy’s “Tomorrow “ and “Gbedegbede “ that got Stonebwoy really interested in this young talent.

Short Documentary & BTS of OV at the MTN Hitmaker Finals