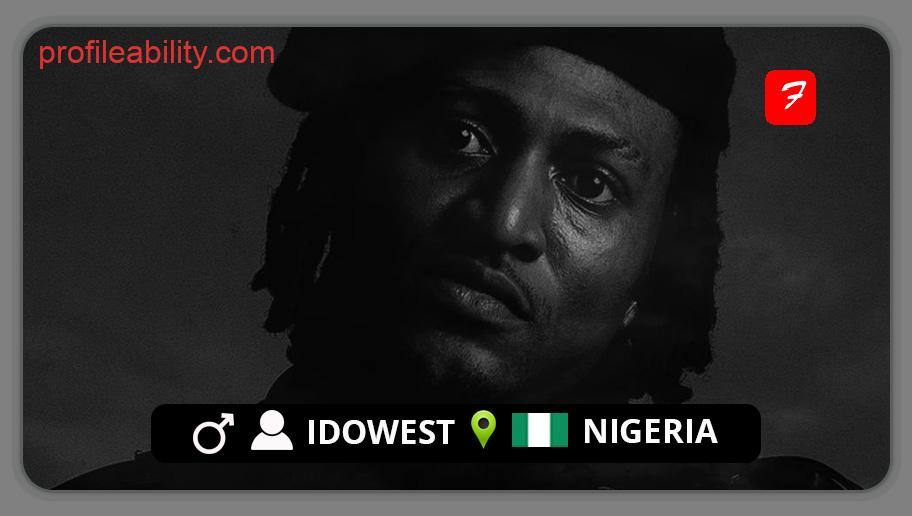 Adekunle Idowu popularly known by his music sobriquet as Idowest is a Nigerian-born artist who is making an imprint in the music scene. He was born on November 2nd, 1992. The young star primarily raps in Yoruba and Pidgin. Idowest is a versatile artist whose fans can’t get enough of, he has so far made himself a force to reckon with in the music world. His music is a mixture of Hip-Hop, Afro, and RnB.

Not much is known about his University education, although he had his First School Leaving Certificate from a public elementary school in Lagos before enrolling at Isale Eko Grammar School, Oroyinyin, Lagos for his secondary school education, where he successfully earned his West African Senior School Certificate.

Idowest who kick-started his career with local performances formerly belonged to the three-man squad music Gang known as M.A.F.I.A alongside C Blvck and Abramsoul. They collaborated on songs such as Umbele and Panda cover.

Having been discovered by Davido after one of his freestyles piqued his interest, Idowest was signed to DMW Records in 2018, joining co-label stars Peruzzi, Mayorkun, Dremo, and Yonda.

From gaining notice with his track ‘’Eko” with former HKN member Danagog, he rose to prominence in 2017 with the release of the smash single, Shepeteri, starring Dammy Krane and Slimcase. At the 2018 Headies music awards, he received a nomination for Best Street Hop Artist for the song.

In December 2020, he launched the smash track “No Girlfriend No Problem,” featuring Zlatan Ibile, which received widespread exposure worldwide.

Idowest has collaborated with some of Nigeria’s best musicians, including Davido, Olamide, Danagog, Dammy Krane, Jaywon, Peruzzi, and Zlatan Ibile, throughout the course of his five-year career.

He is the brand ambassador for Jeroid Nigeria, a cryptocurrency trading business.