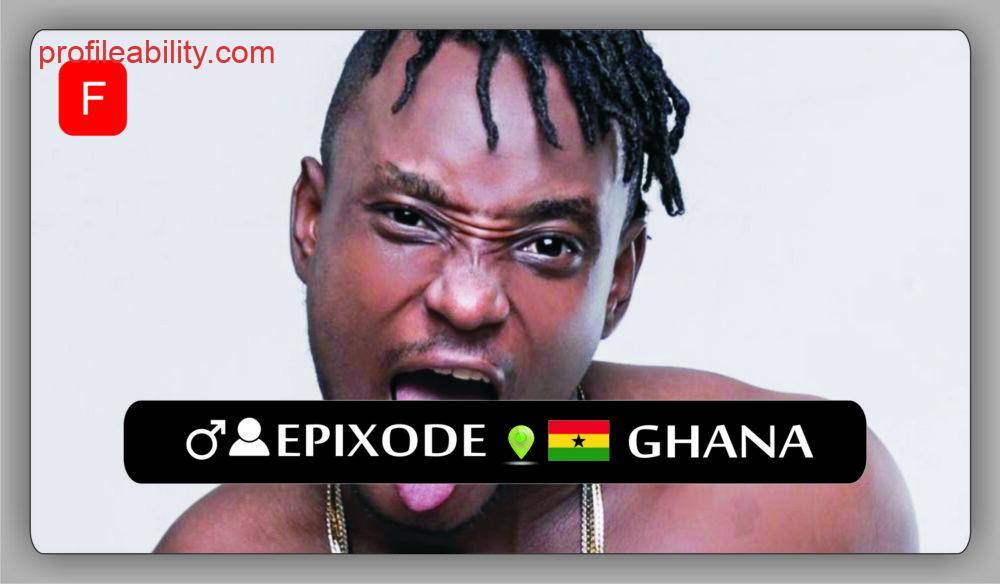 Theophilus Nii Arday Otoo known in showbiz circles as Epixode was born on 16th of March in Ghana. His father is a civil servant and his mother was a musician who together with her twin sister played lead vocals for the much celebrated, traditional musical group in “Wulomei and KALIFI”

Epixode had his basic and secondary education in Accra. He got enrolled in the Ghana College Of Arts and won a scholarship to study digital design at NIIT.

Besides his mother being his greatest inspiration Epixode grew up listening to songs from the likes of Gramps Morgan, Beenie man, Sizzla among and that explains his love and inclination towards reggae dancehall genre. Epixode started exhibiting his talent at a tender age when mounted platforms at school functions and on programs like fun world and kiddafest. The zeal for music even grew more during his high school days when he had to skip class sessions on number of occasions to record demos and perform in other schools. He was then called upon by reggae act Kombolo to act as his backing vocalist.

Epixode contested and won the second edition of the dancehall king contest in 2011. In 2013 he signed his first professional contract with Global One Entertainment and released his first hit single ” Tun up”. He got nominated in the discovery of the year category of the BASS awards in that year.In 2014 he got nominated in the “Unsung” category of the Vodafone Ghana Music Awards (VGMA).

He released his second hit single “Avatar” ft Rudebwoy in 2014 and earned two nominations in the Vodafone Ghana Music Awards (New Artist of the year and Reggae dancehall artist of the year). He parted ways with Global Entertainment and formed the Ontrack Team consisting of a trusted few on which the brand was managed.

He got signed on to the Gbevu Music Group, a UK based record label and released his first album, titled “Spar Junkez”.
Gbevu Music Group (GMG) is focused on projecting Africa’s talented artist to the world.