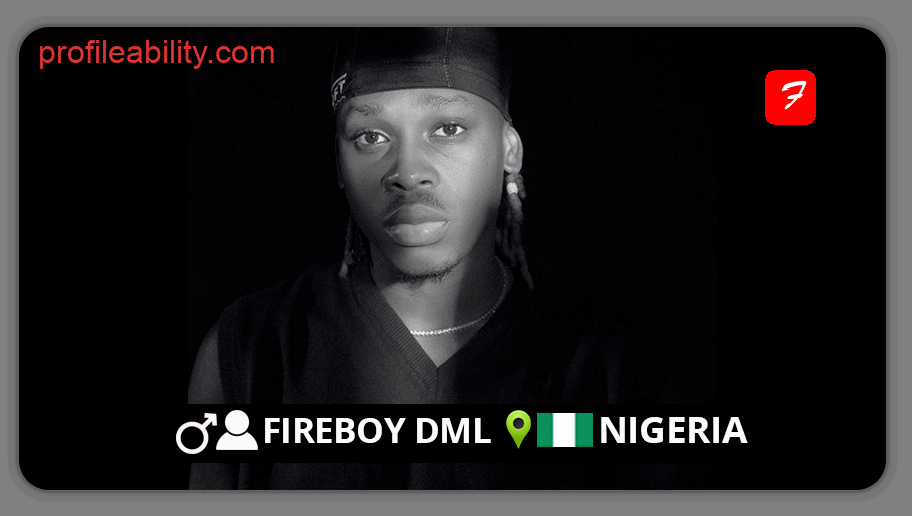 ‘Damola’ also known by his legal name Adedamola Adefolahan and popularly known by his stage name, Fireboy DML, is a Nigerian singer, songwriter, artist, and performer. Born on February 5, 1996, in Ogun State, Nigeria. YBNL Nation signed Fireboy, an independent label belonging to Olamide, one of the most famous musicians in Nigeria today.

Damola grew up in Abeokuta, where he completed his elementary and secondary studies, after which he was transferred to the prestigious Obafemi Awolowo University (OUA), Ile-Ife, Osun, where he graduated in English.

During his studies at Ile-Ife University, Fireboy DML started showing his talent for music, and it made him famous in school.
On 14 June 2019, he released the romantic single “What If I Say” It was produced by Pheelz, who incorporated a mix of percussion, ambient synth harmonies, and a drum riff into the production. The visuals for “What If I Say” was directed by TG Omori.

On 1 August 2019, Fireboy DML released the Echo the Guru-produced single “King”; in it, he declares his worth to his love interest. The accompanying music video for “King” was directed by TG Omori; it contains images of Fireboy and his love interest in a rose petal embellished Rolls Royce, as well as images of him singing at a fashion show where models walk on a runway

Excited about dis track with Ed Sheeran.Tell me where you are jamming from this holiday#PeruOnShorts