Naira Marley real name Azeez Adeshina Fashola is a Nigerian singer and songwriter. He is known as the president of his controversial fan base, “Marlians”. Naira Marley’s journey from the Prince of Peckham to cult figure in Lagos, Nigeria represents his evolution into a bonafide intercontinental rockstar: selling out shows Read more…
By , 51 years ago

‘Damola’ also known by his legal name Adedamola Adefolahan and popularly known by his stage name, Fireboy DML, is a Nigerian singer, songwriter, artist, and performer. Born on February 5, 1996, in Ogun State, Nigeria. YBNL Nation signed Fireboy, an independent label belonging to Olamide, one of the most famous Read more…
By , 51 years ago 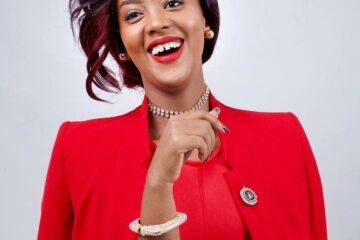 Jeanne d’Arc Ingabire Butera popularly known as Knowless is a Rwandan female singer. She is the only child born to Jean-Marie Vianney Butera[singer] and Marie Claire Uyambaje on October 1, 1990. She attended ESCAF primary school in Nyamirambo, APARUDE secondary school in Ruhango and APACE secondary school in Kigali with a Read more…
By , 51 years ago

Joseph Akinwale Akinfenwa , known by his stage name as ‘Joeboy’, is a Nigerian singer and songwriter. Discovered by Mr.Eazi the founder of the record label “Empawa Africa ”  in 2017. His genre of music is that of Afro-pop and R&B. He was born on 21st May 1997 in Lagos Read more…
By , 51 years ago
Welcome, visitor!