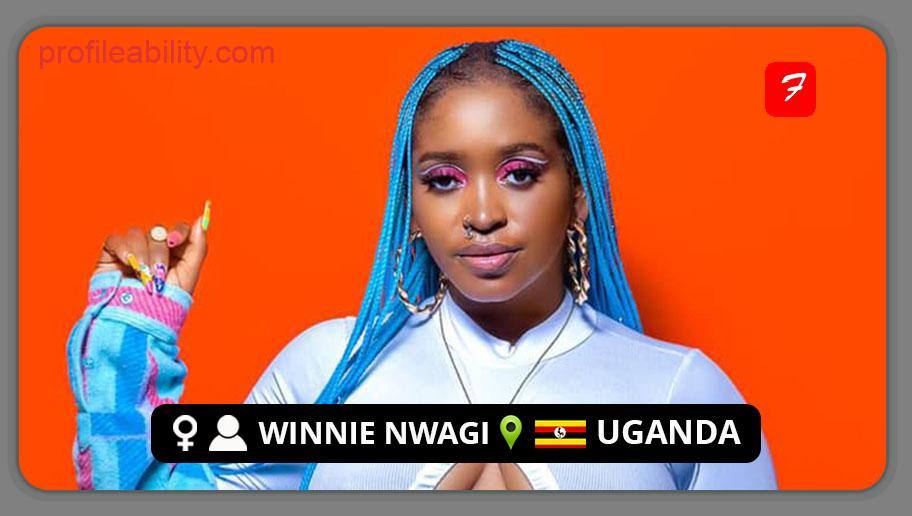 She grew up in Namasuba, a Kampala commercial neighbourhood. She longed to be a TV news anchor since she was a child. She attended St. Agnes Nagglama Primary School for elementary school and East High School and Migaddee College for secondary school.

Winnie began singing at school, where she studied music, dance, and drama. Winnie, who was raised by a single father, dropped out of school and was ejected from her father’s house when she was a teenager and has since hurried between recording studios pursuing her goal.

After years of uncertainty, she got lucky when she joined up for a talent search reality TV program and came in second place. She was discovered and signed to Swangz Avenue, a leading record label in Kampala, as a result of this competition.

“Embela,” her debut song, was released in 2016. Winnie Nwagi had a significant breakthrough when she released “Musawo” a few months later. The track was a smash hit, with major radio and television stations playing it. Dan Ku Mapeesa, a well-known music producer, produced the tune.

In just one year since her emergency, Winnie has received multiple honours, including Song of the Year and Breakthrough Artist. She is one of the most popular musicians on social media and a sought-after performer not just in Uganda but also in neighbouring countries.

Winnie Nwagi - Everything (Behind The Scenes)