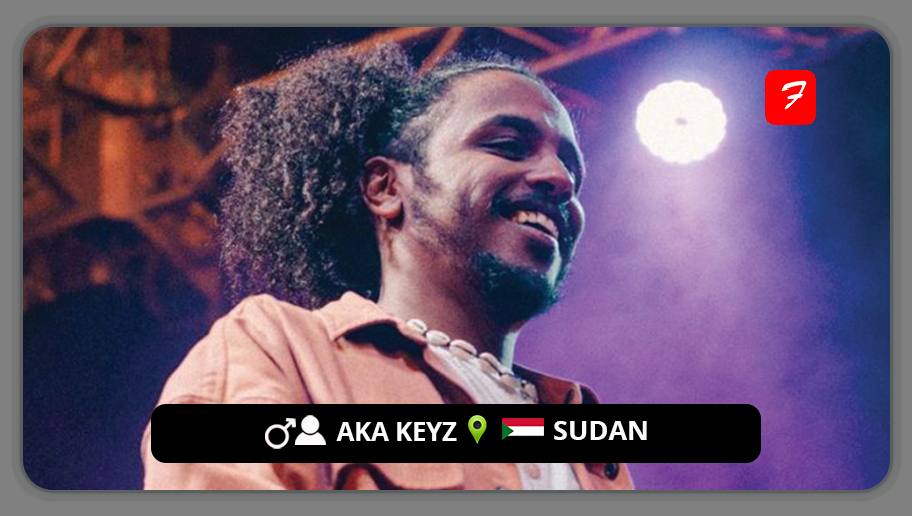 AKA Keyz is one of those rappers you lose track of time listening to because he has established himself as an intelligent and astute lyricist. With the help of his single “No Options Left,” Keyz first gained notoriety in 2018.

Known professionally as AKA Keyz (real name Elfaith Shami), the Sudanese rapper/producer has spent the last few years honing his rap and production skills. He is best known for his grounded presence and verses that simultaneously hit hard and cut deep, whether they are on speaker-rattling bangers or on understated lo-fi bops.

He is regarded as one of the top rappers in the region thanks to his powerful voice, endearing lyrics, and important subject matter. For his work with the Sudanese band The C!rcle, which also included Aidyproof, G-Salih, Eaz Da Bully, and former member Nadine El-Roubi, Keyz first came to public recognition. You can sense his thoughts expressed via his words and rhythm choices since his fatiguing ear finds refuge in jazzy boom-bap instrumentals, while occasionally he likes to produce for himself.

On every song he publishes, Keyz demonstrates his diverse musical abilities, showcasing both his lyrical and production skills, which you can listen to on all streaming services!

AKA Keyz - Save the World (Official Audio)

AKA Keyz - How to Live (Official Audio)

AKA Keyz - Too Much (Official Audio)

AKA Keyz - Way Up (Official Audio)

AKA Keyz - Summer Back

AKA Keyz - My Girl (visual)