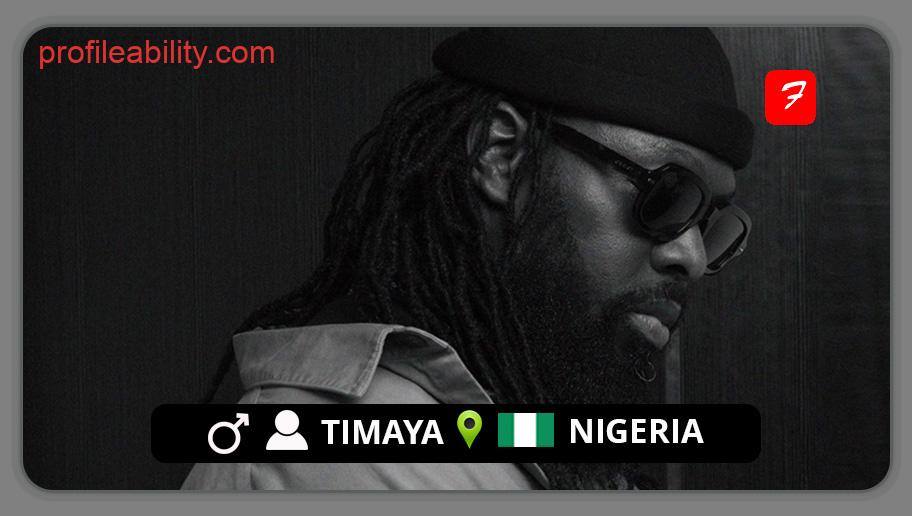 Timaya, born Inetimi Alfred Odon is a Nigerian Pop singer from Port Harcourt, Rivers State. He was born on August 15th, 1988, and the youngest of fifteen children. Timaya is the founder of DM Records. He attended Assemblies of God Nursery And Primary School before enrolling at Nkpolu Oroworukwo for high school and then finishing at Lagos’ Ikeja Grammar School, where he finally earned a secondary school diploma.

After several years of collaborative work as a backing vocalist for Eedris Abdulkareem’s hip-hop ensemble, he launched his first solo song “Dem Mama” in 2005, which also included on his first album, “True Story,” which was published in 2007. In 2008, he published his second album, titled “Gift and Grace.” Following that, his success grew.

He later released his third album, “De Rebirth,” on which he worked with 2face Idibia, TJ 2Solo, Allenian, Konga, Lanre, M.I, TJ, and Wrecoba. However, in 2010, he was featured on the song “Kokoroko” by female gospel musician Kefee, which went on to win in the “Best Collaboration” category at the 2010 Headies Awards.

With a succession of guest appearances and collaborations, he released ‘’LLNP,” an acronym for Long Life N Prosperity, in 2011, ‘’Upgrade,” a 14-track album in June 2012 that generated noteworthy singles including “Bum-Bum,” “Sexy Ladies,” and “Malonogede,” as well as ‘’Ephipany,” in 2014. Timaya headlined the inaugural Afro-Soca Concert in Nassau, Bahamas, in 2017.

Timaya - Something Must To Kill A Man (Lyrics Visualizer)