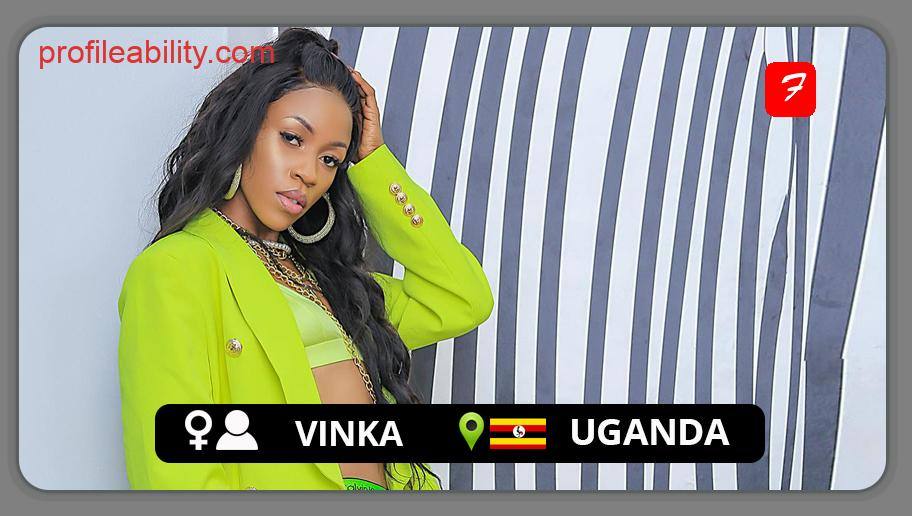 Though a Makerere University graduate with a bachelor’s degree in tourism, she has been in the music industry since 2016 but began her singing career in 2017. She is signed under Swangz Avenue record label based in Muyenga. She was an artist manager to singer Irene Ntale before she went out to do her own music. The duo had a fallout after Vinka released their joint music, ‘Stylo’. She worked with many music artists like a late Sera, Zulanda, and more.
‘Stylo’, was the first music debut she released and it did well to unveil her talent to the whole of Uganda making most fall in love with her music. Now, she is a well-established artist who has released a number of hit songs like Malaika, Love Panic, Only love you, and many others.
She has won various music awards including, the best female artist, Zina awards in 2018, and the African music award as the best female artist in East Africa in 2019.
Selected Songs of Vinka:
Stylo ft Irene Ntale
Level
Chips and ketchup
Malaika

Vinka - By the Way