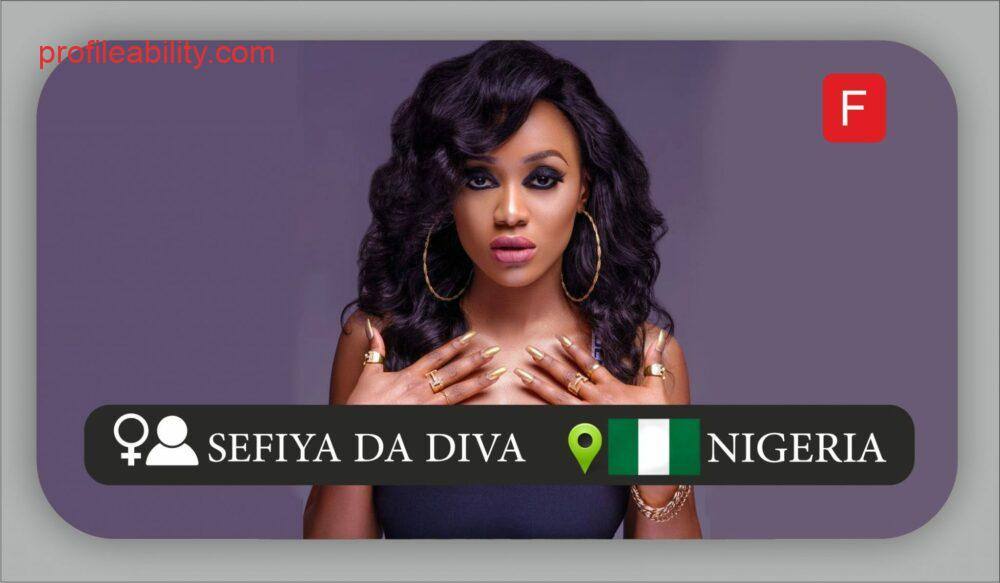 Sefiya Ibrahim , born on 27th September into a family of six, better known as Sefiya Da Diva, she is a model, actress and singer who hail from Bende Local Government in Abia State and like most talented people, she started her career in modelling at the age of 16. The multi-talented beauty shot into the limelight in the entertainment industry when starred in the popular award-winning television mini-series TINSEL in 2011.

The soft-spoken Abia State singer-cum-songwriter is a graduate of Computer Science from the great University of Lagos and also a certified graduate of the prestigious Nigerian Muson School of Music where she majored in music dynamics and vocal training hence her vocal prowess. She often spends hours in the studio turning her creative musings into masterpiece rhythms.

Her flair for music began when she met her first group in Calabar in 2005 (Night Fall Crew), and then she moved to Lagos where she joined her second group (Extra Ordinaires). In 2008 Sefiya got signed under a modelling agency (Pillars and Pride of Afrika Modelling Agency) where she modelled for companies like MTN, GLO as well as other relevant companies.

As a video vixen, she has appeared in music videos of notable Nigerian musicians like Bracket, Presh, Jukline, Kas, Ice Prince, Godwon, Davido, and Masterkraft.

Sefiya wows the audience as she performs ‘Your Money’ |Wizkid Live in Concert Abuja.