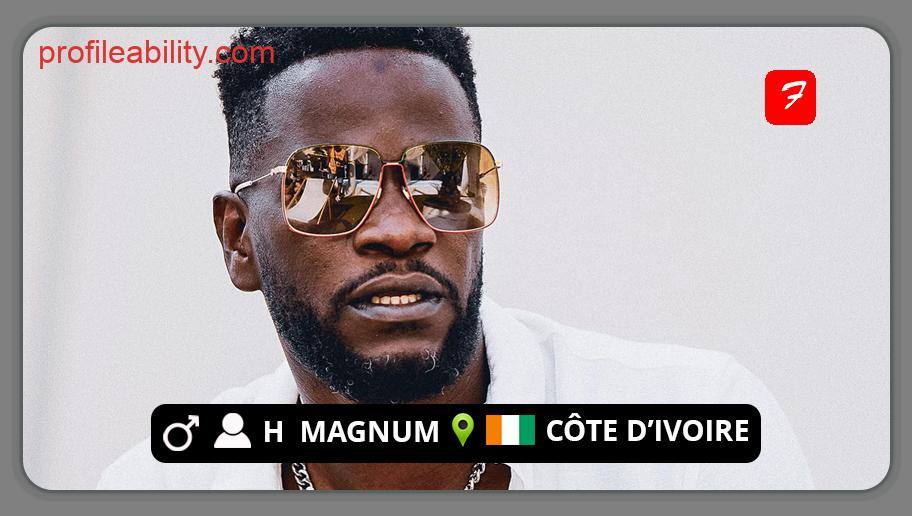 H Magnum, whose actual name is Guy-Hervé Imboua, is a French rapper of Ivorian descent who was born in Yopougon, Ivory Coast. At the age of nine, he discovered France and grew up to be a true Parisian, devoted to his twentieth arrondissement.

He began rapping in different bands, including Aconit, a group of teenage rappers from the Saint-Blaise region and appeared on several compilations. Their music was very much rooted in a raw street rap of formwork, but it was carried by a freshness and a unique form that made it accessible to everyone.

Later, he joined another band, L’Injection Lyricale, with whom he explored new boundaries while incorporating his unique inspirations. The ensemble was noted for its unique blend of ferocious rap, African melodies, and wit.

He crafts a distinct sound, an astounding mixture of the many realms that inspire him, and gives life to his first official album “Dream,” which was published on May 21, 2012. After its first week on the digital charts, the album was rated 12th.

However, in 2013, H-Magnum reappeared with the album ‘’Fin de Dream,” in which he maintained his own sound, which was immediately recognized from the first notes.

Kery James, Intouchables, Diam’S, and Sexion d’Assaut are among the rappers with whom H Magnum has collaborated. His distinct voice, odd writings, and enigmatic flow have already made him stand out in the industry.