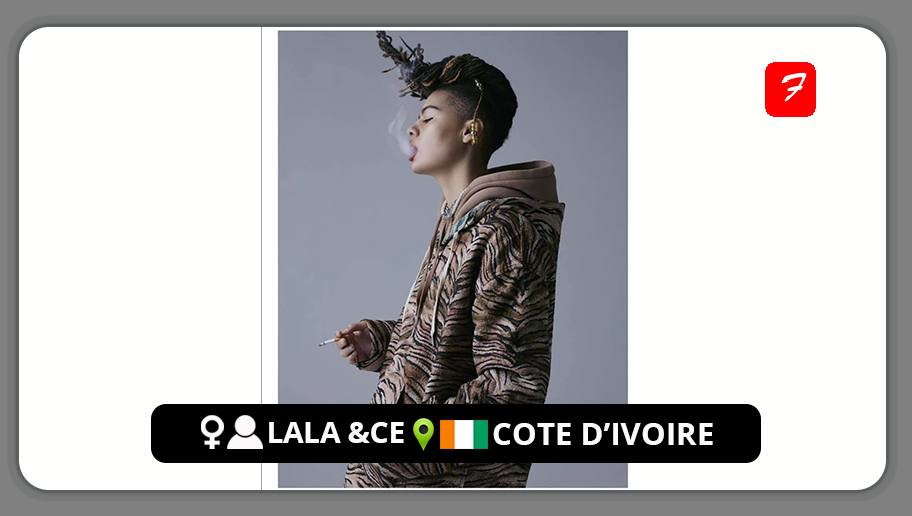 Franco-Ivorian diva Mélanie Crenshaw, popularly known as Lala &ce comes through with a very distinctive style that is austere and discreet, a far cry from the usual codes of female rap.

The rapidly developing artist from Lyon is paving her own unique path in the emerging French industry and setting the standard for modern female rap. Her song has garnered immense public and critical acclaim because it is a hymn to sensuality that consistently finds its mark.

Lala &ce has created a style characterized by melodies and slowed-down diction that differs from what is typical of French hip-hop. She hopes that her “niche” product will eventually become “standard.” She gleefully exclaims that her sound is distinctive and unlike any other.