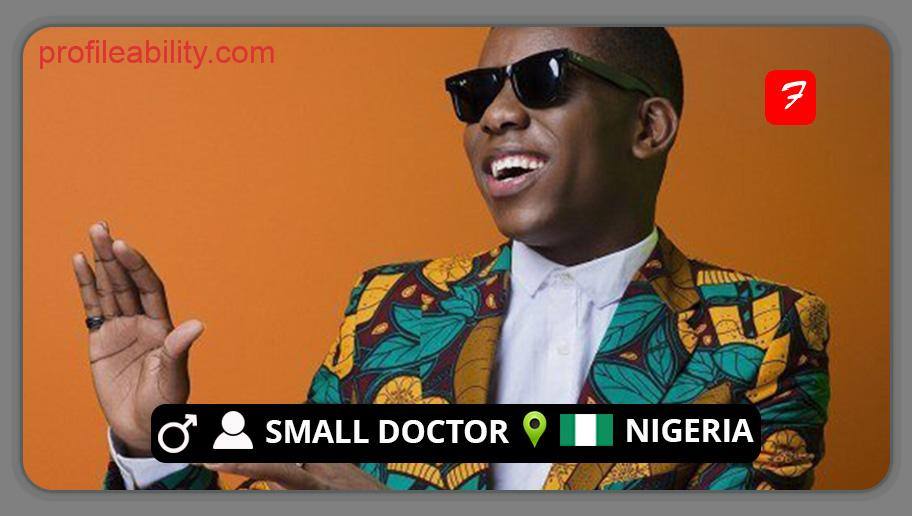 Small Doctor, born Temitope Adekunle on May 27, 1996, in Dopemu, Lagos, is a Nigerian Afro-pop/Afrobeat artist. The Fuji Popstar is a native of Ondo State. Because of the singer’s tiny stature and devotion to the popular TV show Dr. Who, his elder brother gave him the moniker “Small Doctor.” He attended Aina Orosan Nursery and Primary School before moving on to Oniwaya Secondary School. He later enrolled at the University of Lagos but dropped out to pursue a career in music.

In 2012, he achieved popularity as a singer, songwriter, and performer with the songs “Mosquito Killer” and “Gbagaun,” but he catapulted to fame with the release of his debut album, “street ambassador,” on July 24th, 2015, which became an instant smash in the country’s southwestern region. Pasuma, Dre San, and Young Legxy all made cameos on the album.

His megahit single ‘’Penalty’’ released in 2016 catapulted him to mainstream prominence, and he was named “Best Street Hop” at The Headies in 2018. His songs are primarily written in English and Yoruba. Small doctor is presently signed to OIT Dynasty Records Label.

The self-proclaimed street ambassador crooner is famed for his vernacular “Hainhain,” a distinct sound he creates when singing and has been his trademark since his debut song. On 6 April 2019, Winners Golden Bet unveiled Small Doctor as their brand ambassador.

Some of his releases include “Sobotone”, “Forever”, “Pakurumo”, “My People”, “Slay Mama”, “Thank You”, “Believe”, “Account Balance”, and many others.

SMALL DOCTOR CELEBRATED HIS BIRTHDAY IN AGEGE IN GRANDSTYLE

CELEBRATING WITH CHILDREN ON HIS BIRTHDAY