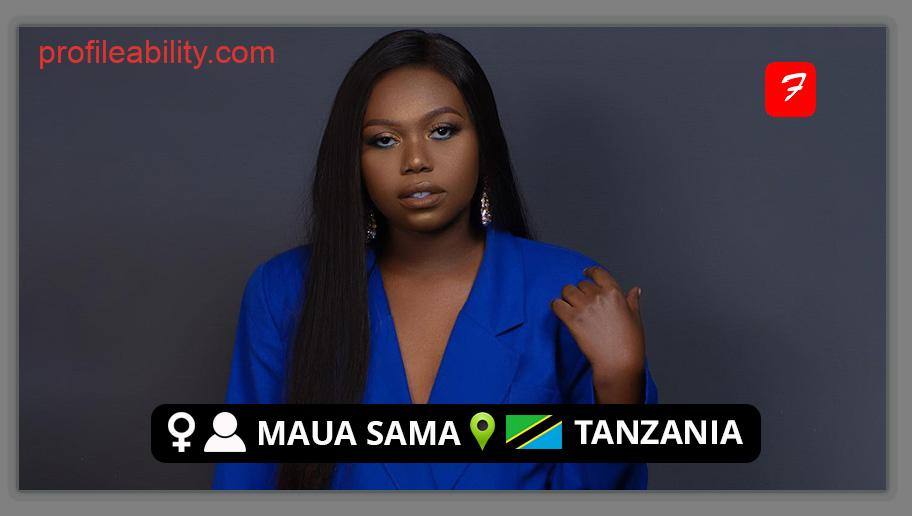 Maua Sama was born in Tanzania on August 27, 1990. She is most recognized for her work as an R&B and Afro-Pop singer.

She began singing from a very young age. Her parents were originally opposed to it, preferring that she concentrate on her academics. Despite parental pressure and a wish to drop out of school to focus solely on her music, she finally graduated.

In 2013, Mwana FA found Maua Sama. At the time, he listened to some of her songs and was immediately taken by her voice. Later that year, the two collaborated on a song called “So Crazy.”

However, in January 2015, she released her first official song, “Let Me Know.” With her big hit track “Iokote” starring Hanstone in 2018, she controlled the music airways and attracted music admirers outside of Tanzania as well as earning her place in the music scene.

With powerful but sensuous vocals, she boasts of popular songs such as “Katu Katu’’, ‘’Amen’’, ‘’Bounce”, and “Nakuelewa” (2018), and has been featured by prominent singers such as Ben Pol and Marianne Mdee.

She is on her way to earning continental fame after being nominated for the Best Female Award at the Soundcity MVP Awards 2018.