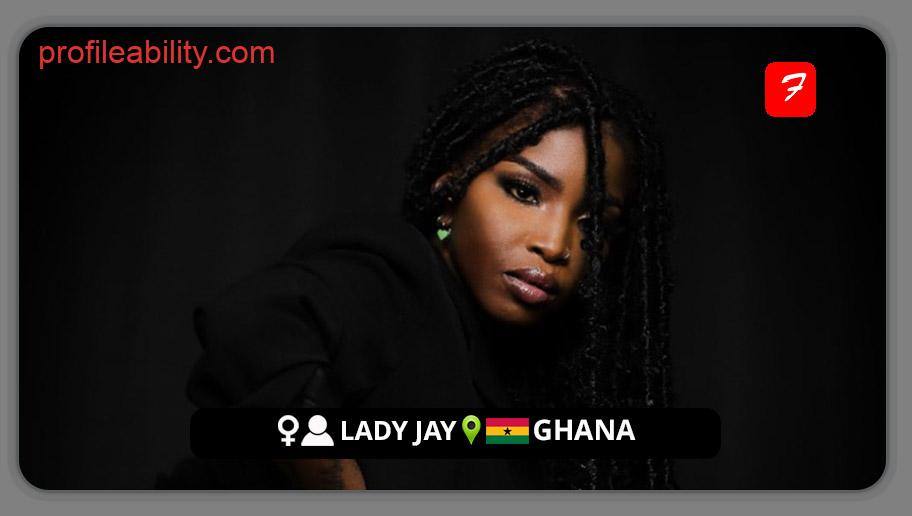 Lady Jay is a Ghanaian vocalist who has won several awards for her songs, artistry and live performances. On June 19, 1990, she was born in Tema, Ghana.

Lady Jay has been a part of the music industry for over a decade and performs in a variety of genres including soul, R&B, high life, Afrobeat, Afrotrap, and hip-hop. Her music is enthralling and will send shivers down the spine of any listener.

Lady Jay was a member of a pidgin music ensemble that comprised King Ayisoba, YaaPono, Wanlov, and others. She is contracted to Wahala Entertainment and has collaborated on a number of hits with some of the region’s most skilled performers, including “ODO NANA REMIX” with Kwabena Kwabena.

Her debut EP, “Anywhere You Dey,” was a huge hit, with tunes appearing on HBO and BBC’s “I May Destroy You,” as well as several national and international commercial campaigns. “Fire,” “Odo Nana,” “Freedom,” “For You, You” ft. Magnom, and “Venus” ft. Sarkodie is just a few of her award-winning tracks and videos.

Arsenik, whose actual name is Mohamed Mahmoud, is an up-and-coming Egyptian star. A talented rapper, singer, songwriter, and music producer are known for fusing a variety of genres such as hip hop, R&B, and trap. He began composing at a...

Lady Jay - For You You You (Official Video) ft. Magnom