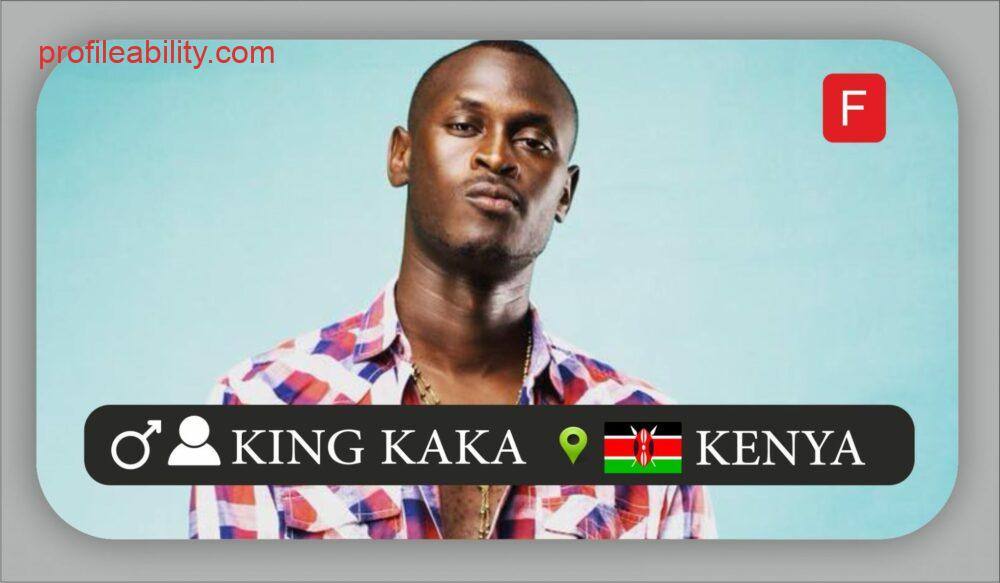 Kennedy Tarriq Ombima, popularly known with his stage name King Kaka, is a Kenyan rapper. He was born on 7th May 1987. He is also known as Kaka Sungura or Rabbit. He belongs to a  family of 3 boys. He later joined Eastleigh High School where his passion for music grew each year.
Growing to Hip-Hop as the soundtrack to his life, he later followed the route. And a year after his high school completion he signed a 2year recording contract with Sneed Music [Dj Loop’s at that time]. Where he did the much-hyped album, ‘Tales Of Kaka Sungura’ which had hits such as ‘jam nakam, the much talked about Dodoma ft Harry Kimani, Dreams and Prodigal Son’ and guest appearances such as Abbas, Chiwawa, Zakaa, Anto-neosoul, Ordinary and more. The album a different sound of Hip Hop fused with deep lyrics, story-based and a touching soul.

Sungura met Jorma Taccone, a member of The Lonely Island in February 2011 when Taccone visited Nairobi, Kenya as part of his trip for AFAR Magazine’s “Spin the Globe”. Sungura collaborated with Taccone to create a rap video that has over 1.2 million views. Taccone later wrote an article for AFAR Magazine documenting the experience with Sungura. In 2012, Sungura launched his own clothing line dubbed Niko Kwa Jam Nakam. With his 17-track album Tales of Kaka Sungura already out, Rabbit says he is now solely focused on promoting the album as well as shooting a few videos. “I cannot do another album until late next year. I give my all when I compile an album, that’s why I won’t rush into another album project.” In November 2012, Rabbit released a music video for his song “Adisia”.

King Kaka is currently running a number of initiatives and organizations that deal with gender violence, child molestation, empowering the African child and mostly make people realize their dreams thus THE DREAMS CAMPAIGN and the TUBONGE INITIATIVE.
King Kaka has been dubbed the new sensation, poet and one of the greatest storytellers of all times.

Apart from his successful music career, he is also a businessman and early September 2015 he launched his purified water company known as Kaka Empire’s Majik Water using his music brand name as the official name of the product.