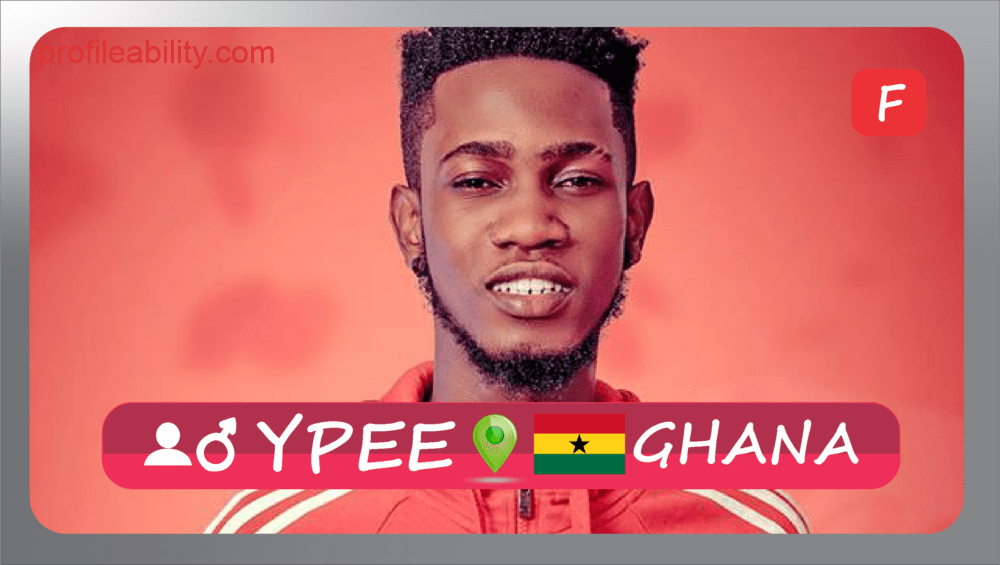 YPee real name Andy Agyemang born 18 June 1996 is a Ghanaian hip hop recording artist and a performer. He is best known for his song “Meye Guy with multiple award-winning artist Sarkodie and Medikal.

He was born to Charles Agyeman and Ama Serwaa Bonsu. He’s the third of four children. YPee started rapping at a young age where he did freestyle covers to songs from Sarkodie, Yaa Pono, Okyeame Kwame and continued throughout his educational career. He attended Opoku Ware School in the Ashanti region of Ghana where he studied Science. In 2016 he got signed by Xtwo Entertainment, a record label based in Ghana.

He released his debut album Survival in 2017 with production from Sickbeatz and Apya as well as guest appearances from Yaa Pono, Medikal, Sista Afia. In September 2017 he released “3korso” as a lead single for the album. The Survival album earned YPee the artist of the year nomination and subsequent win at the Kumasi music awards. In February 2018 he featured BET Best African Act Award Winner Sarkodie and VGMA Artiste of the Year Nominee Medikal on his song “Meye Guy Remix” which he stated that featuring Sarkodie was the greatest award he has won.