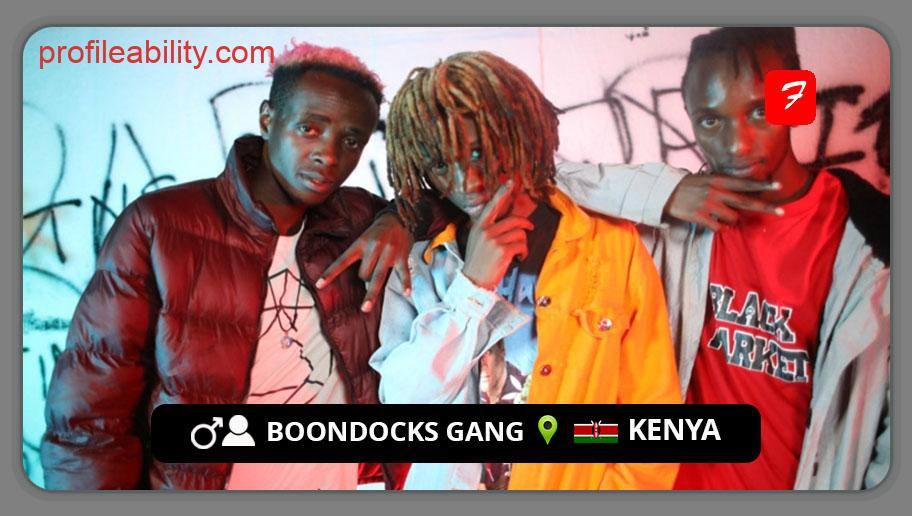 Exray, Maddox, and Odi Wa Murang’a make together the Boondocks Gang, a three-man gengetone group. They are at the front of Kenya’s gengeton movement, which is sweeping the globe.

Formed in 2015 as a gospel hip-hop group with few hip-hop songs and minimal popularity in the early days, the group underwent a transition in 2018 and began doing gengetone. They began to flourish in the raw, sexually explicit style of gengetone.

As their celebrity grew in 2019, they began collaborating with some of East Africa’s most well-known acts. The highly sought-after award-winning music band are determined to continue its journey to prominence by delivering its enthralling performances to the rest of the world.