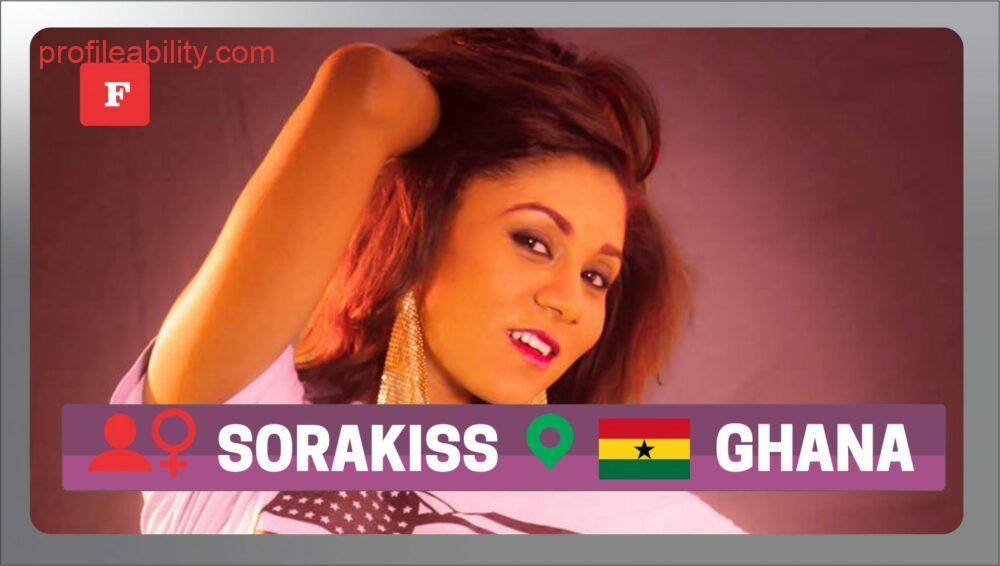 She was born in Tema on April 11, 1994, to Mr George Psorakis and Madam Elizabeth Frimpong.
Sorakiss attended Ola Junior High in Cape Coast and Ola Senior High School in Ho. She proceeded to Datus International School, Tema where she completed SHS. She is currently undertaking a course in Screenwriting and Directing at NAFTI.

Sorakiss, described by many as the Next Big Thing in the showbiz has two singles and two movies “Hell Bound” & “Teens Life” to her credit.

The versatile queen’s career began in school, singing and performing at various functions. She also acted in the school’s drama. In 2014, she joined 4stye TV as a presenter. She is a complete fine artiste that makes categorization very difficult for her but she describes herself as a musician or “chameleon”. She is fast establishing herself as a fine entertainer with steady but progressive breakthroughs.

Sorakiss is determined to make it to a point of no return, where she sees herself beyond the image in the mirror, an extraordinarily successful person in her chosen career.

She is currently working on a few singles expected to be released into the market very soon.