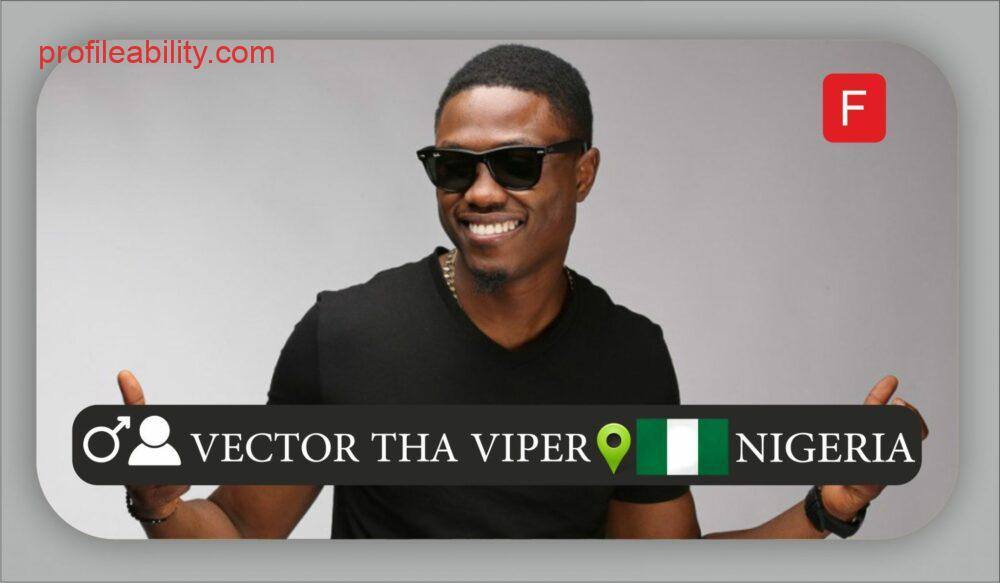 Born Olanrewaju David Ogunmefun on August 7th, 1984, VECTOR THA VIPER is a hip-hop act, songwriter, poet and music producer, widely celebrated as one of the best rap acts of his time in Nigeria.

Vector’s journey into hip-hop dates back to junior high in the year 1997 as he was vibrantly involved in social activities entertaining his peers from the stage as a young rapper.

In 1999 as part of a group “Badder Boiz” (comprising himself, Blaize & Crystal), they recorded their first demo series with the lead single “Knocking At Ur Door” which enjoyed some airplay on local radio. The three did not leave any stone unturned as far as making their presence felt at talent showcases. As a group of three, they were together till 2004.

Officially signed to YSG Entertainment in 2009, Vector announced himself on the mainstream scene with the controversial “Kilode” (featuring singer Emmsong). This was swiftly followed by the street anthem “Mary Jane”. The 3rd single titled “Get Down” (feat. Tuface Idibia) earned him the award for “BEST HIP HOP VIDEO OF THE YEAR” at the Nigerian Music Video Awards (NMVA 2011) and also nomination for “LYRICIST ON THE ROLL” at the Hip-Hop World Awards 2011.

Asides his songwriting expertise, Vector’s knack for poetry is evidenced on the Sprite commercial that’s being aired on most radio stations across Nigeria since 2009.

VECTOR FT. TUFACE – “GET DOWN”

VECTOR – “I LOVE U NIGERIA”

Vector, Mastaa - If We Must (Sun x Rain) [Visualizer]