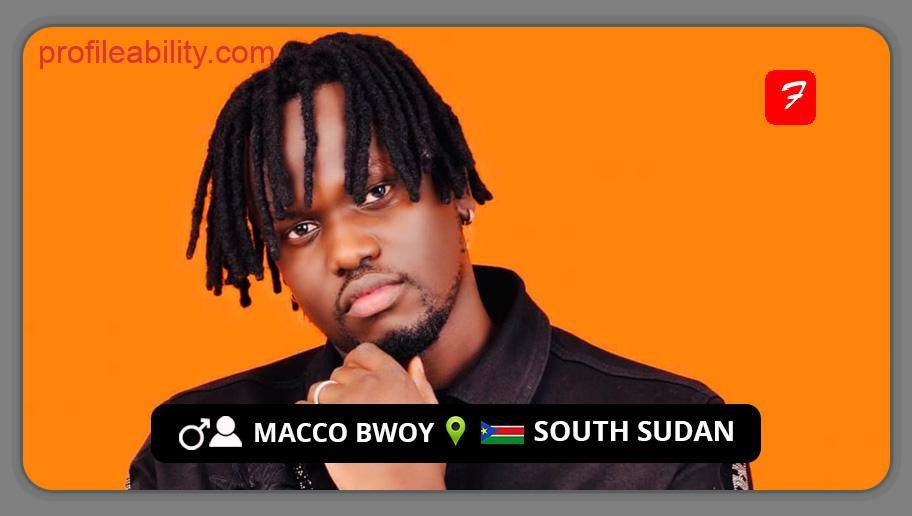 Maluk Garang, widely known as Macco Bwoy, is a South Sudanese reggae, Afro, and dancehall performer based in Nairobi, Kenya. The youngster was born on April 25, 1996, in Magwi County, Eastern Equatoria, in the southern region of South Sudan.

Macco Bwoy was raised in Kenya’s Turkana District, at the Kukam refugee camp. He started his musical career as a member of a church choir in Kenya. Soon after, he began working as a backup singer for Kenyan rappers.

Macco Bwoy is now signed to the Independent Tot Records. A few of his latest singles include, ‘’Only You’’, ‘’Crush’’ and his most recent ‘’Gimme Love’’ featuring A Pass.