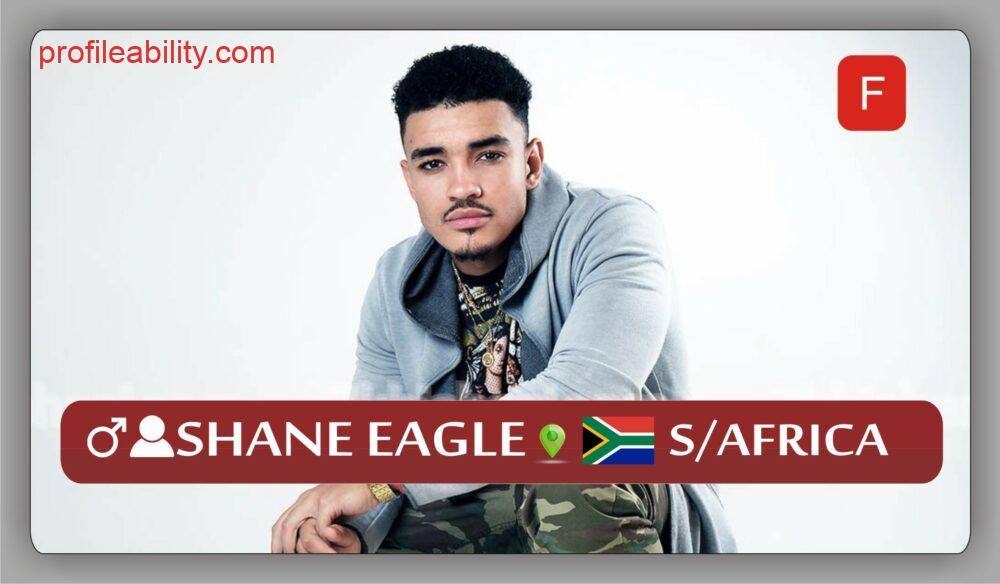 Shane Hughes (born 7 June 1996), best known by his stage-name Shane Eagle, is a South African rapper. He is best known for making as one of the top three contestants on South African television show Vuzu: The Hustle.

Shane recorded his first song at the age of 13 at his friend’s studio who eventually saw potential in him. Shortly after completing high school, he entered Vuzu: The Hustle, a South African television show and rap contest. Among the judges were influential South African rappers AKA, Tumi and motswako rapper Khuli Chana. Shane had a rough start in the competition, which was broadcast to South African audiences, but eventually made it to the Top 4, and was eliminated at Number 3.

Shane was one of the local opening acts for J. Cole for the “J.Cole Live in Concert: Castle Lite Unlocks” concert