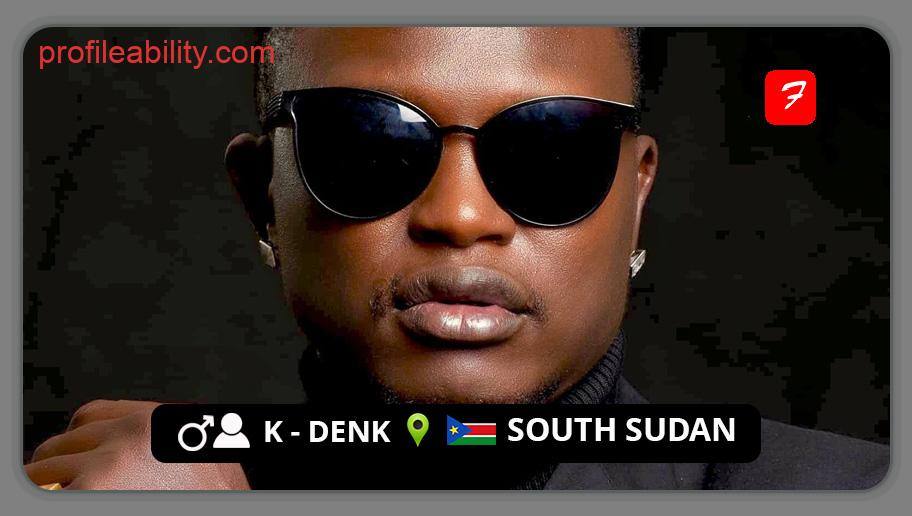 Canadian-based hip hop artist Koang Deng Kun Kong known professionally as K-Denk is a South-Sudanese songwriter, dancer and humanitarian widely considered one of the most significant and well-regarded artists in South Sudan.

He was born in Renk, a suburb of Upper Nile State and was raised in Kakuma Refugee Camp in Northern Kenya. For his education, Denk attended Admas University Ethiopia, and in 2017 graduated with a diploma in music from Day Star University Nairobi, Kenya.

Denk began his music career in 2004 as a choir member in the Kakuma Presbyterian Church choir. In 2010, K-Denk rose to stardom in East Africa representing South Sudan as a contestant on the hit reality TV show Tusker Project Fame.

In 2011, K-Denk won Hip Hop Artist of the Year and Best Hip Hop Collaboration during the East African Kisima Music Awards. In 2019, he was nominated in the South Sudan Music Awards in “Best International Act” & Best Video of the Video “Jouza” categories.

He is the founder of Wangdunkon Empire record label.

K-Denk - I Will Love You Forever (Lyrics Video)

K-DENK - Hope, There Will Be A Brighter Day