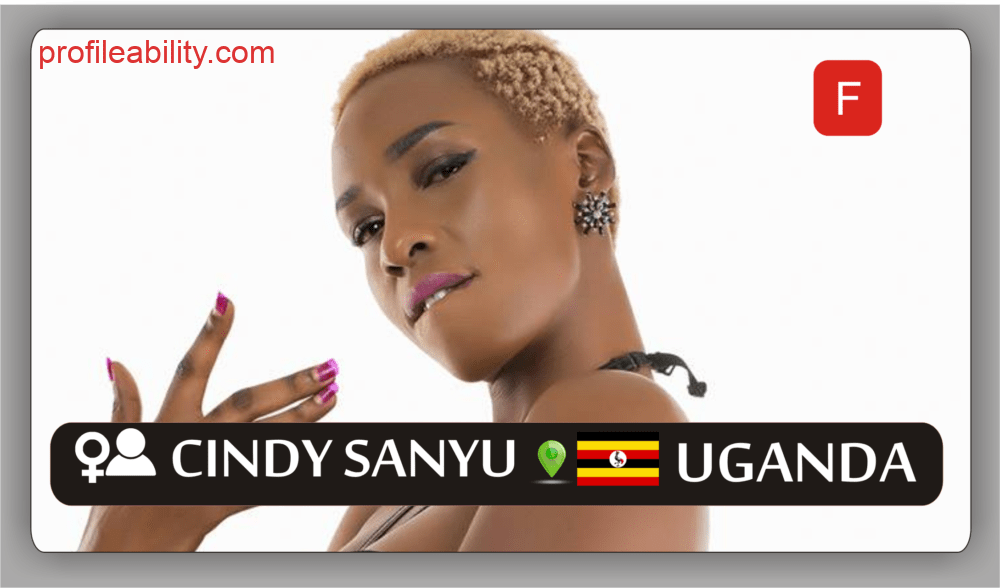 Cinderella Sanyu known by her stage name Cindy Sanyu is a Ugandan afro-pop singer and songwriter. She is usually referred to as “Cindy” which is her stage name but has come to be called Cinderella Sanyu by many in the media. Her debut solo album ‘Ayokyayokya'(2009) topped charts all over East Africa with hits like “Mbikooye” and “nawewe” (2008),Ayokyayokya(2009) and now One and Only (2010).

Cindy has won 3 national awards for her solo work and other 3 awards as a member of BLU*3. As a young girl,Cindy never got a chance to sing in her school choir because she was ‘tiny’ so her musical talents were nurtured in church and at home by her mother.
BLU*3

Blu*3 was a girl band that was formed by the 3 winners of Coca-cola popstars Uganda in 2005 and managed by Steve Jean who is acknowledged as a strong force in Cindy’s music career till this day. The members were Cinderella Sanyu, Lilian Mbabazi, and Jackie Chandiru. BLU*3 went on to become Africa’s biggest female group and toured Africa in countries like Kenya, Tanzania, Burundi, Nigeria, South Africa, Ghana, etc. Due to a misunderstanding Cindy had to leave the group in 2008 and ready or not Cindy embarked on a solo career.

In 2008, Cindy appeared on the list of “artists to watch in 2009″ during the PAM awards that year. In 2009 Cindy won the award for female artiste of the year in the DIVA awards and in 2010, Cindy won the teenies’ dancehall artiste and best female artiste of the year. In 2008, the first year of her solo career, Cindy released her debut single Mbikooye which got lots of airplay all over East Africa and also on Channel O.

She went on to release other singles like nawewe and outta my mind which did well on the charts too but the song that gave her that extra push as she calls it was You and me featuring Psquare. “Psquare was opening for Akon when I met them and my PR at that time managed to slip my cd into their hands and they loved it so when I asked them to work with me they agreed almost immediately,” Cindy says. You and I were a massive hit all over East Africa and on youtube.

During this time, Cindy did promotional tours in Uganda, Kenya, Tanzania, Rwanda, DR Congo and Burundi where she also represented Uganda in the miss tourism Africa beauty pageant. she has also toured UK, Sweden, Denmark, Dubai, and Sudan. In 2009; Cindy released her biggest song so far called “ayokyayokya” which went straight to number 1 on local radios and in all tv stations in Uganda and also on East Africa tv. It was also played on channel O and MTV base. One and only was released in January 2010 and slowly climbed to number one too. She has never stopped since then. Cindy has done collaborations with Psquare, Juliana Kanyomozi, Rabadaba, Fidempa, etc.

In 2012, Cindy released “Selecta” which swept the African continent like a storm. The song peaked at number one on various countdowns. With a high-end video for the song, Selecta went on to get ample airplay on International channels in Africa.

Cindy has recently broken up with the father of her daughter, Mario who she had been dating for ten years. This has ended up in a court battle over custody of their daughter which has caused a media frenzy.

Cindy is currently working on a few International projects that will see her cement her presence on the continental musical scene. This will see her work with artists like Jaguar (Kenya), Patoranking (Nigeria), etc