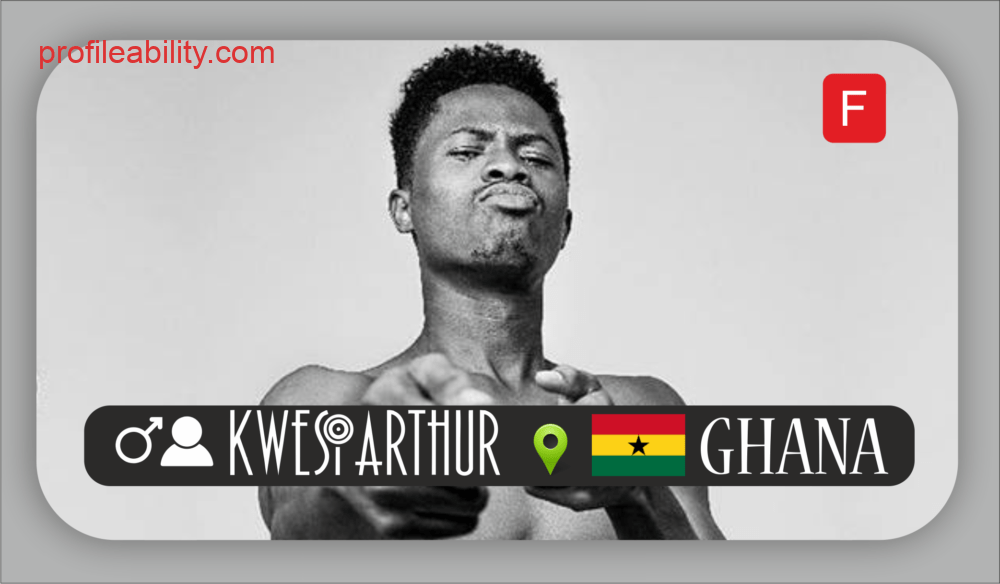 Emmanuel Kwesi Danso Arthur Junior popularly known in the music industry as Kwesi Arthur is a Ghanaian Hip-Hop/ Trap musician. He was born on the 18th of December 1994 in Tema.Kwesi Arthur has spent his whole life around his hood, Tema: from Good Sheperd to Sakumono Estate to Naylor SDA then Temasco.

The rapper’s childhood has been a little bit of challenging, narrating to Kuulpeeps, Young Arthur had rickets whilst growing up and after SHS, he was supposed to go to GIJ but couldn’t pay the fees so didn’t make it. At one crazy moment, he almost became a security guard. The story is, he had bought forms to the University of Ghana but didn’t get admission.

Kwesi Arthur’s whole rap career started after listening to Drake’s ‘Thank Me Later’. Let’s say it was the stepping stone to what Kwesi Arthur is today. Big ups to Drake.

Young Arthur rose to fame after dropping Grind day Remix featuring Sarkodie and Medikal produced by Kayso. Ground Up Charle, is a movement formed by Kwesi Arthur, and to him, it is more of a family.

The urge to be successful in life is what keeps me going, it’s what makes me Kwesi Arthur.