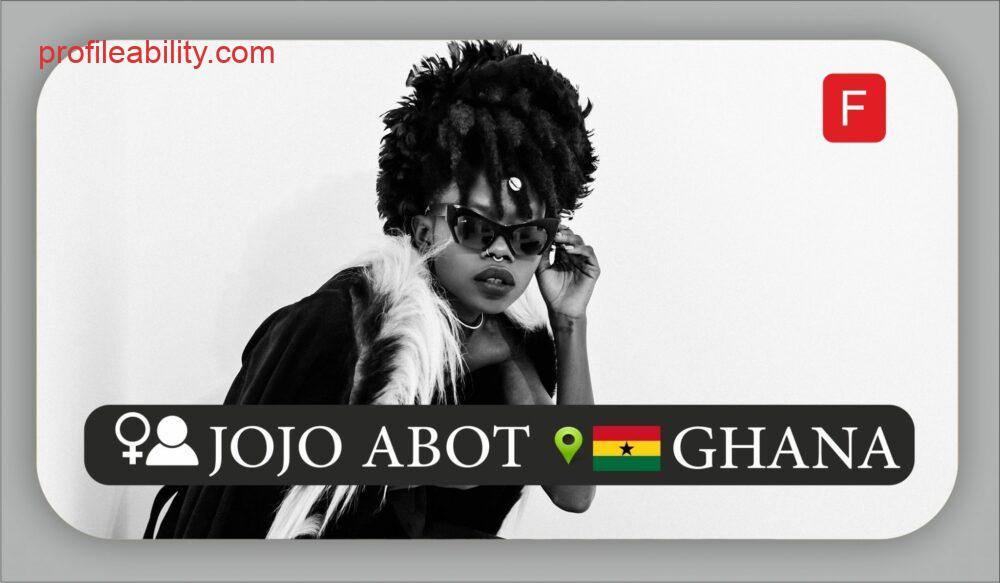 Ghanaian singer-songwriter JOJO ABOT is an artist whose signature sound is created by an experimental blend of electronica, Afro-beat, jazz, neo-soul, house, and reggae music. Her debut EP, Fyfya Woto, centers around a woman’s right to choose and comes from the generational ties that bind the women in her family together.

She expresses herself through music, film/ photography, literature, and performance art. FYFYA WOTO, meaning New Birth – New Discovery serves as the theme and title for her ongoing project exploring the SELF as a provocative tool in the discovery, exchange, and evolution of the subject of IDENTITY.

Through her work, Abot Investigates new forms of spirituality and expression as part of a growing global conversation around shared space, identity and spirituality that exists beyond the conventional bias of color, race, class or sexual orientation.

Recently wrapping a year in NYC as a member of the New Museum’s incubator program NEW INC, Abot moves on to a residency at the acclaimed National Sawdust also in NYC. Abot has toured with the incredible legend, Ms. Lauryn Hill in the past year. Playing shows at Radio City Music Hall, Greek theater, and others along with Common, Seun Kuti, and Stephen Marley.

Having performed at iconic venues such as the Apollo Theater, Times Square on New Year’s Eve to a 1 million plus audience, Museum of Modern Art, Kennedy Center and Kings Theater among others, Abot continues to connect with the global audience.

A true cultural fusion and genre bender in both sound and artistic expression, Jojo Abot is poised to take the world by storm with her uniquely coined AFRO-HYNO-SONIC sound and otherworldly perspective.

POWER TO THE GOD WITHIN - THE NINA SIMONE CHAPTER

JOJO ABOT - POWER TO THE GOD WITHIN

Jojo Abot Live At The Alchemist, Nairobi (To Li)