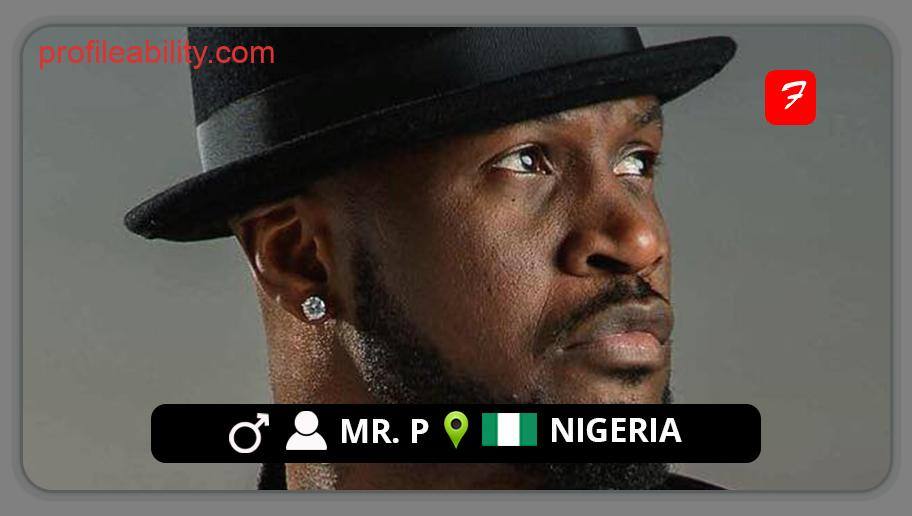 Mr P, whose real name is Peter Okoye, is a Nigerian singer, songwriter, and record producer who was a member of the now-defunct P-Square, one of Nigeria’s most renowned music groups. Mazi Moses Okoye and Josephine Okoye welcomed him into the world on November 18, 1981.

He was born in Jos, the capital of Plateau State, Nigeria, although he is a native of Anambra State. Mr P is Paul Nonso Okoye, alias Rudeboy‘s twin brother. He was born into a large family of seven children.

In Jos, Plateau State, Peter and his twin brother Paul attended St. Murumba Secondary School. Later, he enrolled in the University of Abuja, where he earned a Bachelor’s Degree in Business Administration. Peter received an honorary Doctorate degree from ESCAE University in the Benin Republic in 2021.

Together with his identical twin brother, he enrolled in a music and theatre club at a local high school, where they began dancing, singing, and performing songs by artists such as MC Hammer, Bobby Brown, and Michael Jackson.

In the 2000s, he shot to prominence as a part of the P-Square duet alongside his identical twin brother Paul Okoye. The duo’s career was so successful that they once led the list of the country’s wealthiest musicians.

Following the disbandment of the renowned P-Square combo in 2017, Peter began a solo career under the moniker Mr P. In 2017, he released his debut solo songs, “For My Head” and “Cool It Down.”

Mr P and Nyanda of Brick & Lace collaborated on the song “Wokie Wokie” in 2018. Mr P earned his first prize as a solo artist the same year. At the International Achievement Recognition Awards, he was named Best International Male Artiste (IARA).

He is currently the founder of his own record label PClassic Label and has signed DJ Switch.

“Ebeano,” “Sgubu,” “Zombie” with Simi, “Follow My Lead” with Wande Coal, and “One More Night” with Niniola are just a few of his other successful hits. He also has to his credit the albums, ‘’Paranoia’’, ‘’The Dack’’ and ‘’Twist it’’.